Lava from the erupting volcano on La Palma in Spain's Canary Islands that began cascading into the ocean two days ago has already covered an area bigger than 25 football pitches, with concerns rising over worsening air quality in nearby residential areas, experts said on Thursday.

The newly wrought peninsula had doubled in size to 20 hectares (50 acres) since the morning, according to the Volcanic Institute of the Canaries (Involcan).

While the feared explosion and clouds of toxic gases released as the molten rock hit the ocean have not materialised, a forecast change in wind may bring new hazards, the Pevolca volcanic emergency committee warned.

"With the weather we are going to have from tomorrow," marked by a possible change in the direction of winds that have so far dispersed the gases towards the sea, it is possible "the smell of sulphur" will be felt "with greater intensity", Pevolca official Ruben Fernandez said.

Sulphur dioxide levels increased for the first time on Thursday afternoon in Tazacorte, while the ash particles increased in density in Santa Cruz de La Palma, according to the National Institute of Toxicology.

Since it began on September 19, the dramatic eruption has forced thousands out of their homes, while lava has destroyed hundreds of houses, businesses and huge swathes of banana plantations.

The volcano spewed out rivers of lava that slowly crept towards the sea, eventually pouring into the Atlantic Ocean late on Tuesday.

Since then, the rivers of molten rock have not stopped cascading into the sea, creating a growing lava delta.

While the initial impact on the flora and fauna of being submerged under the river of molten rock is devastating, over the longer term, it may prove beneficial -- bringing minerals from the Earth's core to the surface and providing a habitat both underwater and on land for colonisation by species, experts said.

Fernando Tuya, a biodiversity researcher at the University of La Palma, said: "The lava will form a rocky platform that will become a substrate for numerous marine species in the future, that is to say in three to five years."

As the white-hot lava poured into the sea, it sent plumes of acid fumes into the air that experts said could irritate the skin, eyes and respiratory tracts.

But fears it could affect the local population were quickly allayed as strong winds dispersed the vapours over the sea.

However that could change with the wind direction predicted to turn around on Friday.

Some 300 residents in the nearby town of Tazacorte have been told to stay at home to avoid any chance of inhaling the gases and a 3.5-kilometre (two-mile) exclusion zone remained in place, which also extends two nautical miles out to sea.

"Until we know that these areas are not at risk, these measures will be maintained," Pevolca's Ruben Fernandez said on Wednesday evening.

La Palma has been declared a natural disaster zone, with the lava scorching its way across 476 hectares of land, the local government said on Twitter.

It has so far destroyed 855 buildings, an increase of more than 200 in just over 24 hours, the EU's Copernicus observation programme said on Twitter.

The eruption of La Cumbre Vieja has forced some 6,000 people to flee their homes but so far, nobody has been injured or killed.

Although the volcano is still erupting, La Palma's airport resumed operations on Wednesday after flights were suspended at the weekend due to the ash.

On Thursday, farmers were allowed to access their plantations outside the security zone to collect bananas -- the chief cash crop on the island.

La Cumbre Vieja lies about 15 kilometres (nine miles) west of the airport as the crow flies, although the lava has only spilt down the western side of the volcano. 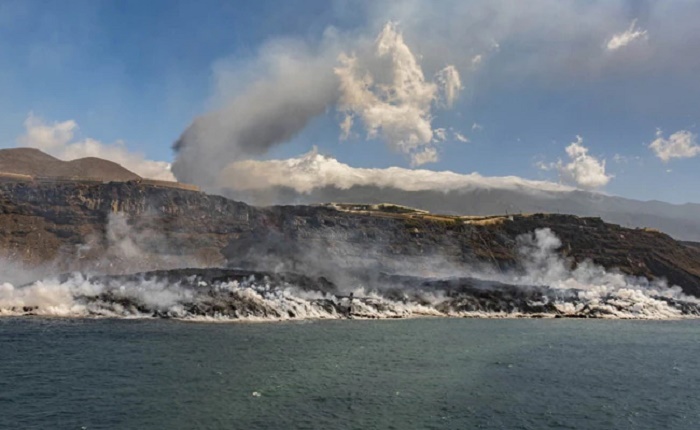 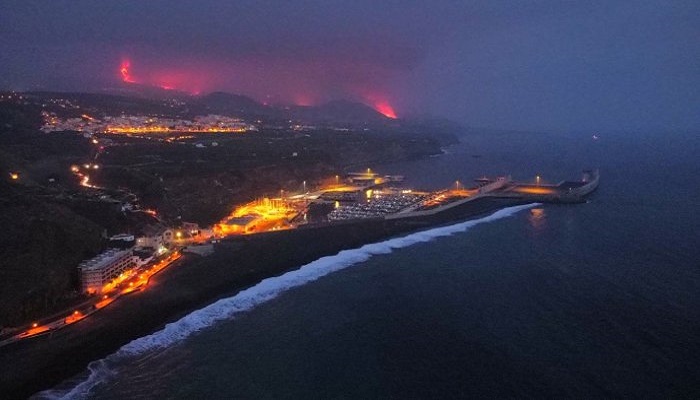