Mominul celebrates his birthday with teammates

Bangladesh Test skipper Mominul Haque, who is currently in Chattogram leading Bangladesh A team against HP team, celebrated his 30th birthday with his team-mates on Wednesday.

Bangladesh ‘A’ team manager Nafees Iqbal, along with Mushfiqur Rahim, Mosaddek Hossain, Nayeem Hasan, Taijul Islam and other teammates celebrated Mominul’s birthday by singing and dancing after cutting cake on this special day at team hotel.

“So grateful to all of my brothers! Thank you all for your lovely wishes. Please keep me in your prayers. I am feeling superb and blessed to receive all the love and support,’’ Mominul was quoted on a video and photo posted on his official instagram handle.

Mominul's team Bangladesh A team beat HP squad in the first ODI of the four-match series. The second ODI is scheduled to be held on Thursday.

Hailing from Cox’s Bazar Mominul is considered one of Bangladesh best Test batsman. He is the leading Test centurion for Bangladesh so far scoring 11 hundreds. He also struck 14 fifties in red ball cricket in his 45 match Test career.

The left handed batsman made his international debut in 2012 with ODI series against West Indies in Dhaka but his first appearance in Test cricket was in 2013 at Galle in Sri Lanka. He also played 28 ODIs and 6 T20s. 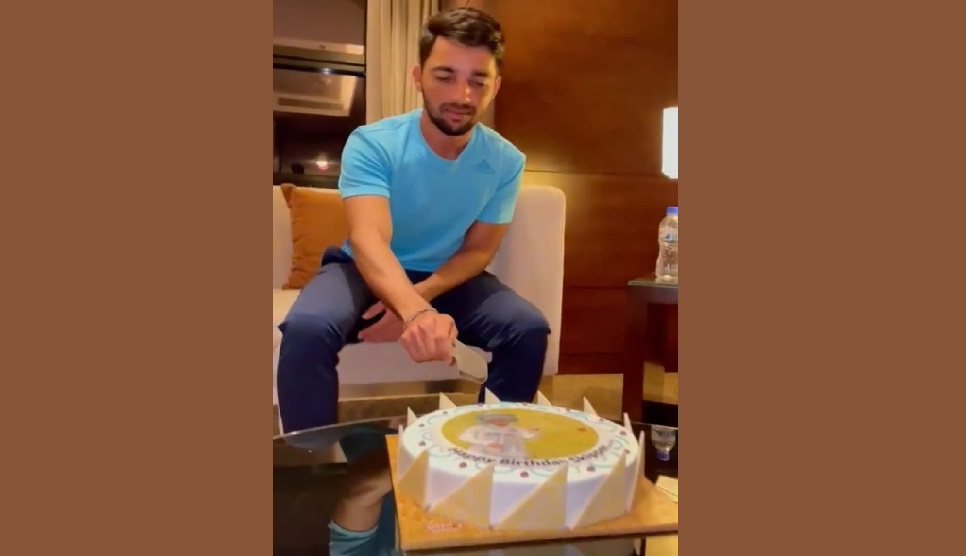 Mominul celebrates his birthday with teammates

Relieved to have Shakib back, says Mominul