They traded the blood of Kashmiri youth, made money by selling aspirations of the youth

In a petition filed in the Delhi High Court challenging the Indian Home Ministry’s decision to impose the ban, Jamaat-e-Islami Jammu and Kashmir has denied all links to separatist politics and militancy in Jammu and Kashmir.  JEI stated that it cannot be called pro-Pakistan or a supporter of Pakistan’s accession. It claimed to be an organization that abides by the Indian Constitution and law. Jamaat-e-Islami has also declared complete disassociation with Syed Ali Shah Geelani and Ashraf Sehrai. It has called itself a 5,000-member religious social party. JEI has taken the stand that the organisation is only interested in promoting religious teachings and welfare activities.

The petition was filed by Jamaat-e-Islami Jammu and Kashmir in January last year. It could not be heard due to objections from the Indian Home Ministry and the spread of the corona virus.  Approving the request to fix the date of hearing soon, the hearing on the petition has been fixed on October 11.

In August, India’s National Investigation Agency (NIA) raided about 61 hideouts in Jammu and Kashmir in connection with a case of financing of terrorism linked to Jamaat-e-Islami.  A press release was also issued by Jamaat-e-Islami in August. In the press release, JEI claimed that it was a peaceful, religious social organization, and disassociated from all forms of militancy and separatism.

Immediately after issuing this press release, Jamaat-e-Islami approached the Delhi High Court seeking speedy hearing on the petition, which was granted by the court.  The hearing will now be held on October 11 instead of December 13 this year. The Home Ministry has accused Jamaat-e-Islami of following the instructions of Jamaat-e-Islami Pakistan after 1947 and questioning Jammu and Kashmir’s accession to India.  It is also alleged that Hizb-ul-Mujahideen is the military wing of the party. Jamaat-e-Islami has been identified as the main motivator behind the formation of the All-Party Hurriyat Conference.

According to the Home Ministry, 169 cases have been registered against alleged members of the party in various police stations in Indian-administered Jammu and Kashmir. The leaders have been charged with stoning, arson, damage to private property and conducting illegal activities. In addition, the NIA has filed 10 cases against alleged members of the organization. In the petition, Jamaat-e-Islami has expressed dissatisfaction with all the persons wanted in the cases. It said that apart from the two persons named in the cases, none of the accused has any connection with the organization. The petition states that the persons named in the cases are Muslims and the Jamaat is an Islamic organization. The petition claimed that the accused have been identified as members of the Jamaat on the basis of mere Muslim names.

In the 1972 elections, all the political leadership of Indian-administered Jammu and Kashmir, the Sheikh Abdullah family and even the CPI (M) leadership were arrested and barred from contesting the elections. But JEI contested the elections in alliance with Indian National Congress. Jamaat-e-Islami then conspired with the Indian state to bulldoze the opinion of the citizens of Jammu and Kashmir.  Despite all this, Jamaat-e-Islami managed to win only 5 out of 75 seats. The Congress won 58 seats. The Independents came in second with 9 seats. Jamaat-e-Islami participated in the electoral process till the 1987 elections, and was successful in only four constituencies.  It should be noted that there were 46 Muslim-dominated constituencies in Kashmir valley.

In the 1987 elections, a coalition called the Muslim United Front contested elections. The coalition won only four seats.  As a result of the intervention of the Liberation Front, a militant movement took shape. Hundreds of people were killed in clashes between the Indian state-run Ikhwan-ul-Muslemeen and Hizb-ul-Mujahideen. Ikhwan-ul-Muslemeen was actually a militant group that defected from Hizb-ul-Mujahideen and its deviant group, the Muslim Mujahideen.

Earlier, such clashes had also taken place between the Liberation Front, Hizb-ul-Mujahideen and Muslim Mujahideen.

Jamaat-e-Islami was banned by the Indian state in 1990. At that time, JEI did not deny its links to Hizb-ul-Mujahideen and did not demand that the ban be lifted.  In 1992, the All Parties Hurriyat Conference was formed with more than two dozen other parties, including the Jamaat-e-Islami.

In 1998, differences arose within the Jamaat-e-Islami and the then Amir of the party, Ghulam Muhammad Bhat. The differences heightened. Bhat denied any involvement with the party’s militancy and disassociated himself from Hizb-ul-Mujahideen. Syed Ali Geelani and Ashraf Sehrai did not accept this decision. Finally, Geelani and Sehrai laid the foundation of Hurriyat movement in 2004.

Jamaat-e-Islami Jammu and Kashmir was banned for five years by the Indian Home Ministry in February 2019 and declared an illegal organization. The Home Ministry accused Jamaat-e-Islami of engaging in activities detrimental to national security, law and order, and affecting national integrity. In its petition, JEI claims that it has never supported violence and has never had any affiliation with Hizb-ul-Mujahideen, the largest terrorist group active in the Kashmir Valley. The petition states that Jamaat-e-Islami participated in the democratic process until the 1987 Assembly elections. But after widespread rigging, the party withdrew from the electoral process until free and fair elections were guaranteed.

The petition states that in 2002, Jamaat-e-Islami re-examined its membership process in order to cancel and debar the membership of individuals who could support militancy, extremism, underground or unconstitutional means. The petition adds that in 2004, JEI expelled Syed Ali Shah Geelani and Ashraf Sehrai from the party. In the same year, Geelani and Sehrai formed the pro-Pakistan Tehreek-e-Huryat.  According to the petition, the two friends were adamant on devoting the party entirely to finding a political solution to the disputes in the state. The petition said that the unrest in the party due to the stand of Syed Ali Geelani and Ashraf Sehrai led to their expulsion. The petition also said that the review of the constitution of Tehreek-e-Hurriyat and Jamaat-e-Islami was sufficient to show that the two organizations had conflicting views. 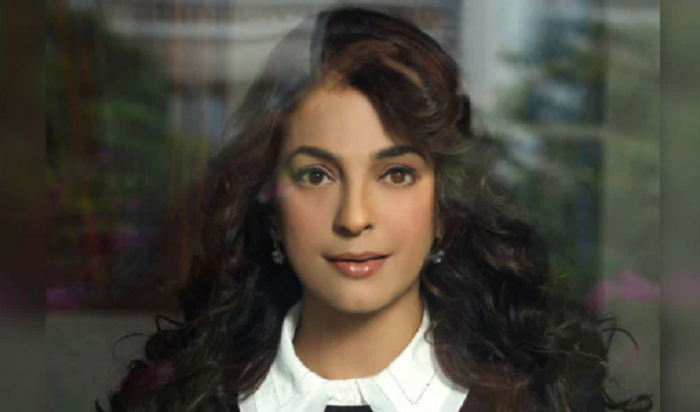 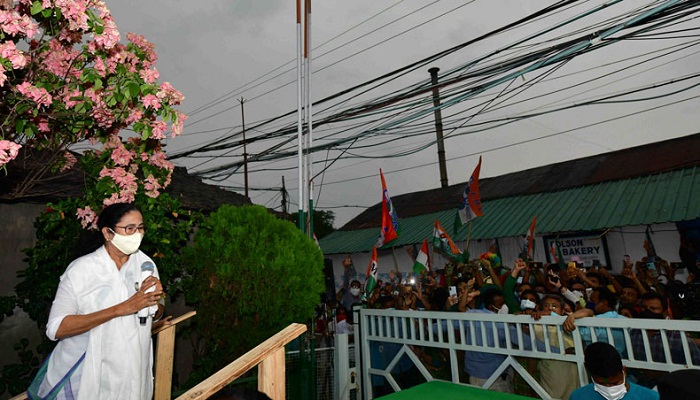 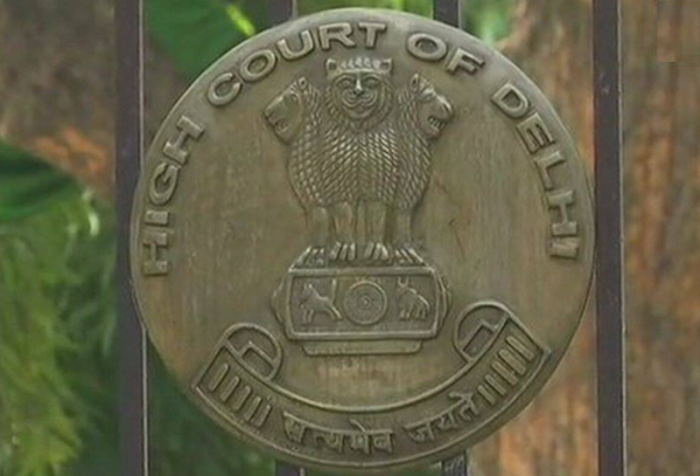 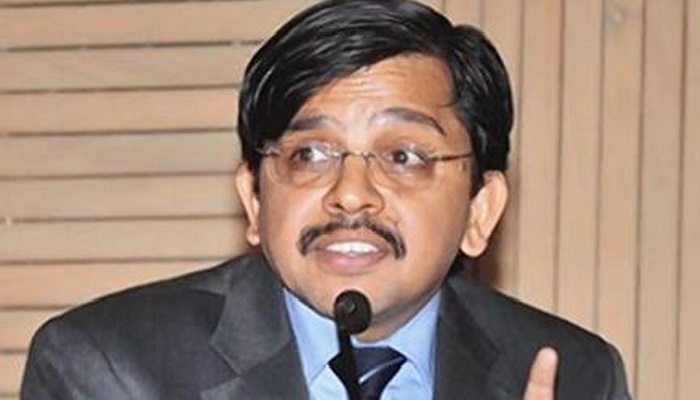 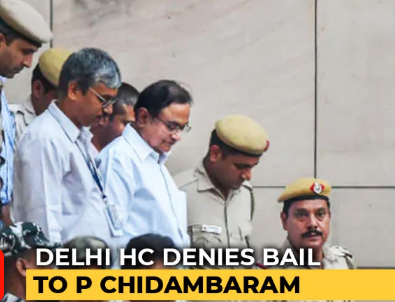 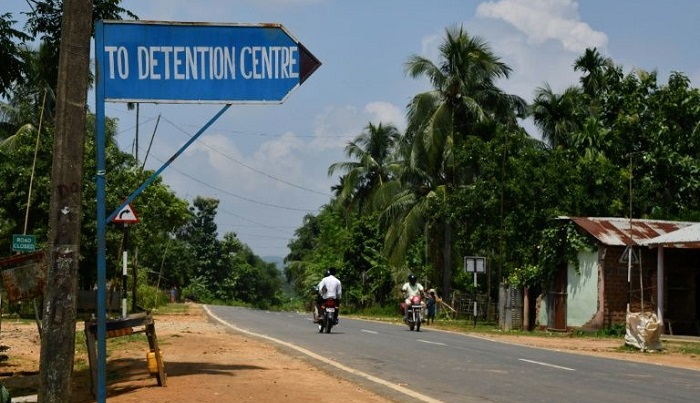 Indian govt rejects rumour of restriction on foreigners in Assam 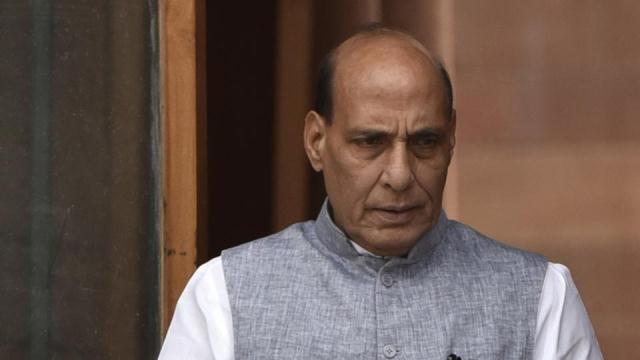