The six winners of the 2021 K-pop World Festival Bangladesh audition were awarded on Wednesday (Sept 15) at a ceremony held at the Embassy of the Republic of Korea in Dhaka.

The works of the six teams were sent to the organizer of the 2021 K-pop World Festival in Korea who showed interest in the work of the two teams, EXD and Heaven’s Law.

The organizer will select 10 teams for the final competition among those selected at the country level competition around the world, said a press release of the Korean Embassy.

At the ceremony, Korean Ambassador Lee Jang-keun told the young winners that if there is any message that Korea can give to the world, it is a message of hope and dream. K-pop stars such as BTS and Black Pink are giving a message of hope to the young generation around the world.

Ambassador Lee stressed that the future of Bangladesh is very bright for its young people who are smart, talented and eager to make a better life and better future, and wished the young winners’ dreams come true.

The 2021 K-pop Bangladesh Audition was held virtually between June and July with a co-sponsorship of Samsung Electronics in Bangladesh.

The six talented teams of Bangladesh youths were singled out among 142 teams who participated in the contest by submitting their K-pop performance video clips. Korean Embassy has been hosting the K-pop festival annually since 2015, but due to the corona pandemic, the festival was held virtually in 2020 and 2021.

Ms. Shefa Tabassum who had won the best prize for solo K-pop dancing performance at the 2018 Changwon K-Pop World Festival in Korea participated in Wednesday’s ceremony as a Master of Ceremony (MC).

The video works of the six winners can be found at the Embassy's YouTube Channel, Embassy of the Republic of Korea in Bangladesh- youtube. 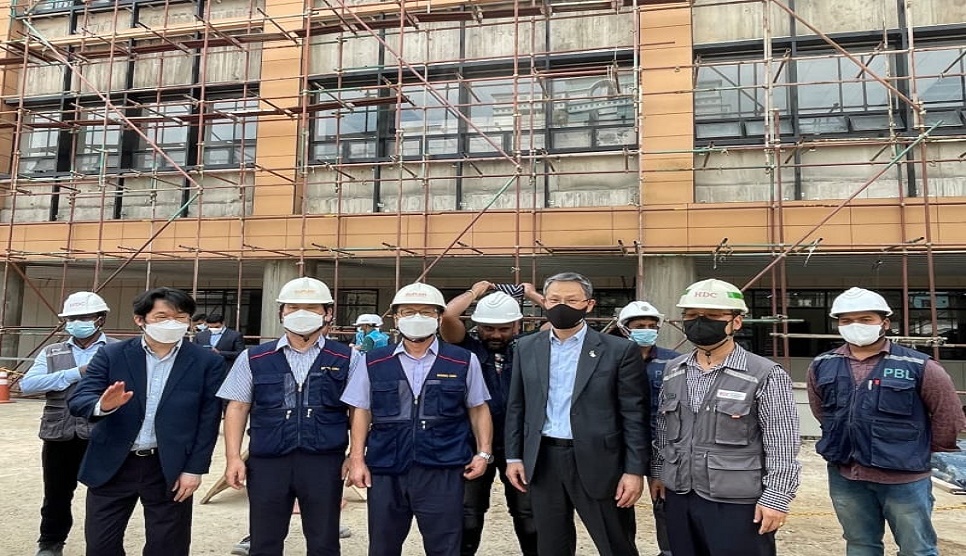