Xi Jinping May Be Leading China Into a Trap

An ancient Mesopotamian tale tells of a servant in Baghdad who meets Death at the marketplace. Terrified by Death’s menacing expression, he takes his master’s horse and flees to Samarra. Later, the master sees Death and asks why she made a threatening gesture to the servant. Death replies that it was only a start of surprise. “I was astonished to see him in Baghdad, for I had an appointment with him tonight in Samarra.”

It's a parable with relevance for China's development dilemma. In early 2012, the World Bank and the Development Research Center, a think tank under China’s State Council, released a 473-page report that spelled out the reforms the country would need to undertake to avoid the “middle-income trap” and ascend to the ranks of high-income nations. China had reached a turning point in its development path, then-World Bank President Robert Zoellick told a press conference in Beijing. “As China’s leaders know, the country’s current growth model is unsustainable.”

The first of six strategic shifts laid out in China 2030 could be summarized as: more markets, less obtrusive government. Li Keqiang, who within a year would be anointed as China’s first premier with a Ph.D. in economics, was said to have shown “unwavering commitment” to the China 2030 project. Li, though, didn’t become China’s supreme leader. Xi Jinping did. The incoming Communist Party general secretary, an ideological purist with no comparable economics training, assumed much of the premier’s role in managing the economy. And weakening the party-state’s power to intervene has never been part of his agenda.

Xi’s increased use of “common prosperity” in speeches this year — in tandem with the government’s regulatory barrage against technology companies and inveighing against excessively high earners — has been portrayed as a sign of his determination to reduce China’s income inequality and reassert core Communist Party values. It might just as easily be seen as impotent flailing against an inescapable fate. That’s because Xi’s approach has little chance of delivering the results he desires. China’s road to Samarra leads back to a place he has already spurned.

The middle-income trap describes how economies tend to stall and stagnate at a certain level of development, once wages have risen and productivity growth becomes harder. Relatively few make the transition to high-income status. The history of those that have, such as South Korea and Taiwan, points to a need for the state’s role to retreat as markets advance. Ad hoc interventions by governments may work at more basic levels of development. At higher income levels, economies become too complex for command-and-control management by individuals. Systems are increasingly what matters. Rules that are transparent, predictable and fairly applied enable market forces to take over the job of directing economic activity, raising efficiency and allowing innovation to flourish.

This inevitably implies some ceding of power by the rulers. It also potentially implies political change. South Korea and Taiwan both transitioned from authoritarian to democratic political systems as they became richer. The largest high-income economies are almost all democracies. Xi, a believer in the historic mission and preordained victory of the Communist Party, is far from receptive to such a message. The party has embraced markets, but from a position of superiority. Like laws, they are there to be used, when useful; the party remains supreme, above all.

Browbeating technology corporations into making charitable donations or erasing wealthy, tax-dodging celebrities from the internet may grab attention but won’t change the fundamental equation. The real action is in institution-building: developing pension and social security systems; changing the hukou residential permits that discriminate against rural migrants; implementing a recurrent property tax; remodeling the system of land-use rights so that farmers get fair compensation when local governments appropriate their land for development. These reforms are necessary both to reduce inequality and to lay the foundation for further income growth. China has talked about such changes for years, and indeed China 2030 gives significant space to them. Yet progress has been scant to nonexistent in many areas.

So why now, then? Xi has been in power for more than eight years. China’s income inequality is wide — albeit not as bad as some countries, such as Brazil and India — but the trend hasn’t changed significantly since he became president in 2013. The stridency of this year’s inequality rhetoric is hard to square with the government’s relative inaction during that period, especially when China’s own researchers in partnership with the World Bank pointed out the urgency of these changes as far back as 2012.

That suggests there is more going on here than a straightforward impulse to improve the lot of those left behind by China’s spectacular economic rise. Populist crowd-pleasers such as bringing over-mighty tech corporations to heel deflect attention from the failure to tackle more intractable challenges. Xi’s motivation may have more to do with shoring up support for the party than effectively addressing the underlying issue.

“The answer has to be the politics,” said economist George Magnus, an associate at Oxford University’s China Centre. “As China’s home-made economic problems have mounted and the external environment has deteriorated sharply, I think there’s a plausible case to say that he’s doubling down on repression and control and ideology to strengthen the party’s position.”

Magnus, who devoted a chapter to the middle-income trap in his 2018 book Red Flags: Why Xi’s China is in Jeopardy, argues that in pursuing these policies and strategies, “China’s government will stifle incentives and innovation, and make it even more difficult to generate the productivity growth that all high-middle-income countries need to avoid the middle income trap.”

Some analysts are unperturbed. Hao Hong, head of research at Hong Kong-based Bocom International Holdings Co., says that foreign investors have misconstrued “common prosperity” and that devising a fairer process to share the fruits of economic development will help alleviate problems such as insufficient demand and deflation, to which wealth and income disparities have contributed.

(The writer is a columnist and editor with Bloomberg Opinion. He previously was a columnist, editor and bureau chief for Bloomberg News. Before joining Bloomberg, he worked for the South China Morning Post. He is a CFA charterholder.) 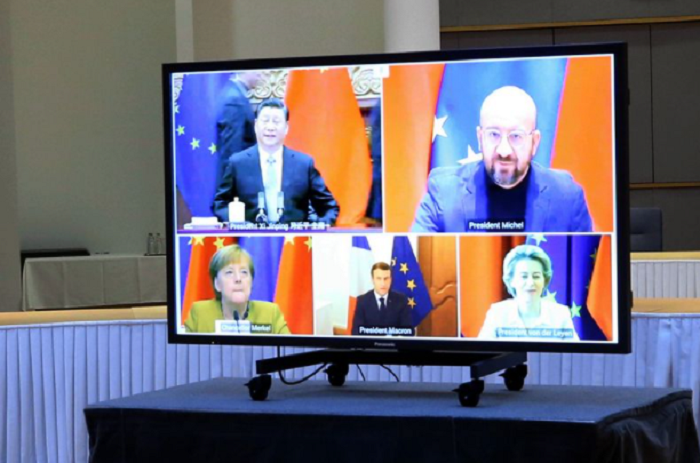 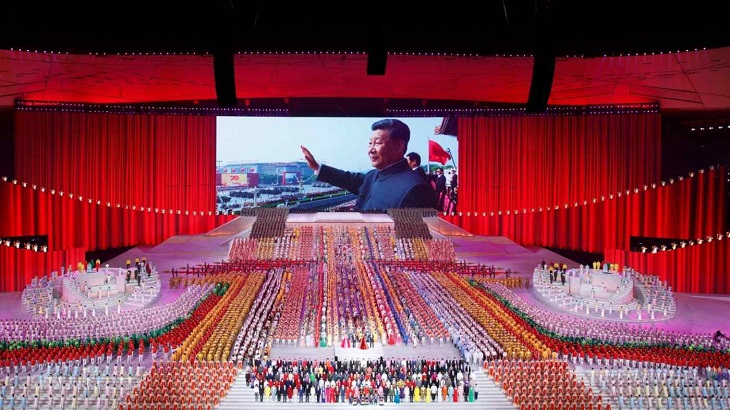 No star-worshipping: Xi's cultural clampdown has echoes of past 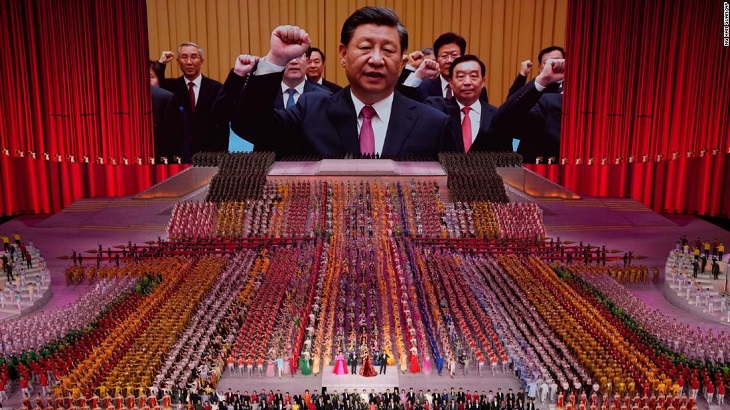 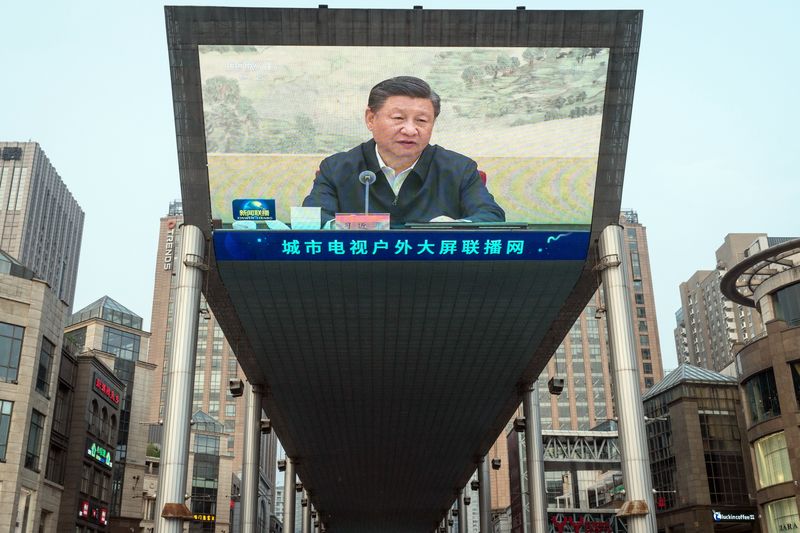 Xi Jinping May Be Leading China Into a Trap 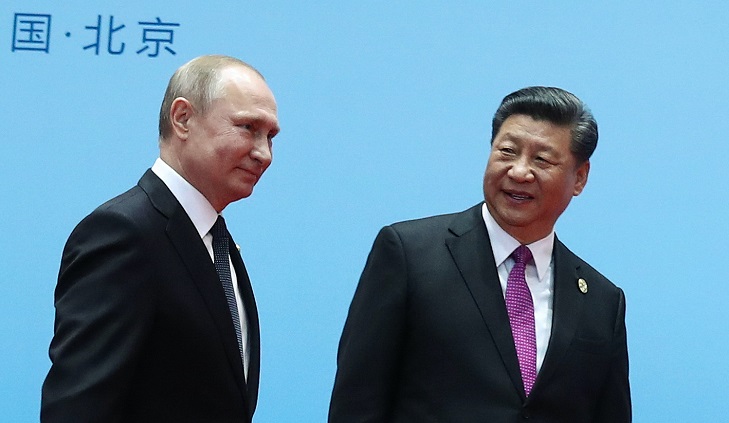 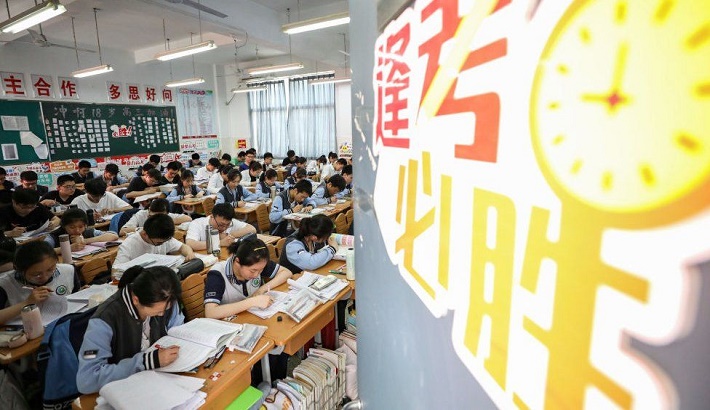 ‘Xi Jinping Thought' to be introduced in China school curriculum 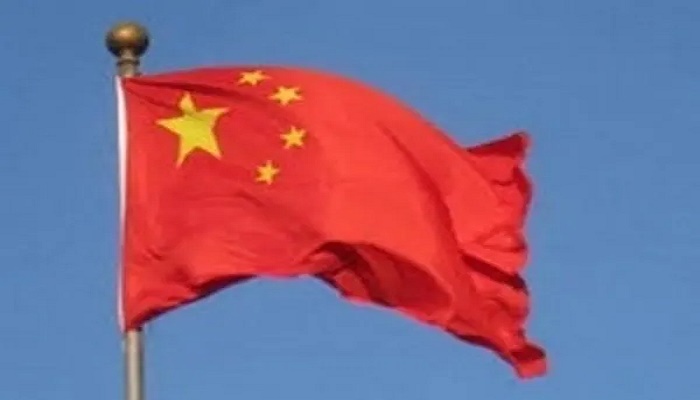 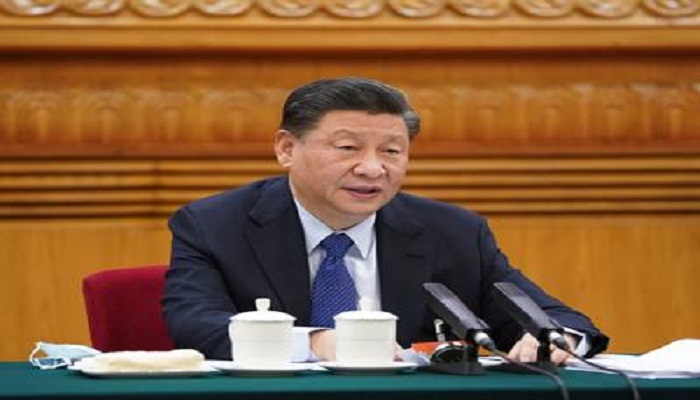