A report on the Communist Party of China's covert and overt influence operations in cultivating, funding, and sponsoring institutions, including the media and individual opinion-makers, has revealed shocking facts about China's growing influence in India.

New Delhi: The covert and overt influence operations carried out by the Communist Party of China (CCP) in cultivating, funding, and sponsoring institutions, including the media and individual opinion-makers, under the leadership of President Xi Jinping, revealed a report by think-tank ‘Law and Society Alliance’ titled “Mapping Chinese Footprints and Influence Operations in India”.

Speaking at a virtual discussion following the release of the report by exiled World Uyghur Congress Director for Chinese Affairs Department Ilshal Kokbore, who joined from New York, said the contents of the study report shocked him as he came to know how deep penetration Communist China had made inside a democratic India.

He said the CCP, the rules from Beijing, was really adept at twisting reality and spreading propaganda in its favour, not just in India but globally. He said while CCP-controlled media was hostile towards India, Communist China treated Indians with contempt and views the South Asian giant as a third world nation.

Yet, Communist China has invested billions of American dollars in India, in several sectors, including cinema, the technology sector, Apps makers and academia. He said, “China continues to take bolder steps to erode India’s democracy and is also subtly influencing Afghan policies through its support of Pakistani and Afghan extremists.”

The report reminded Kokbore of Uyghur history when CCP militarily occupied East Turkistan, pretended to offer help, but now is throwing Uyghurs in concentration camps, adding "A similar history has played out in Tibet and is now playing out in Hong Kong with the CCP government forcibly curbing democracy.”

Canadian Coalition against Communism co-founder and vice president Sheng Xue, who joined from Toronto, said the study report showed that some vigilant Indians were standing up against the CCP’s silent effort to undermine India and its interests through its fifth column operations.

The study report, Sheng said, was a wake-up call for democracies around the world against the CCP’s devious designs. “The report is convincing evidence as to how invasive China’s influence is and also enables scholars to draw a footprint of Beijing’s propaganda strategy,” she said, adding “The democratic world must group together to protect itself and fight back against the overt and covert influence operations of CCP.”

New Delhi-based strategic affairs analyst Aarti Tikoo said the study report exhaustively mapped CCP’s influence in India, which is much more than what the British had among Indians when they ruled the country. Indian film and entertainment industry will bend over backwards to please CCP, to the extent of declaring Tibet to be a part of Communist China, he added.

Aarti Tikoo further said, “No one in the mainstream media talks about the ongoing genocide in East Turkestan, called as Xinjiang by CCP, or the plight of the Uyghurs. The insidious way in which the CCP has infiltrated into almost all critical sectors of Indian society is something we as Indians should be wary of.”

In the last 30 years, almost every major Indian company has received investments from CCP and thus, are in some shape or form subservient to Beijing’s whims, Tikoo said.

Southern Mongolian Human Rights Information Center Director, Enghebatu Togochog, who joined from New York, said he was one of the unfortunate Mongolians, whose land Southern Mongolia is now under CCP’s occupation, adding that a similarity in the CCP’s underhand ways currently in progress in India and what had happened in Southern Mongolia 70 years ago.

“China first entered Southern Mongolia proclaiming peace and prosperity, but over the years reduced my country to a mere colony. I want the people of the world democracies to see the example of Southern Mongolia to understand what happened to those who come under CCP’s ‘generosity,” he added.

He further said, "CCP has attacked the Mongolian language and culture. And plundered the natural resources and destroyed the environmental balance and ecology in Southern Mongolia,” adding “This is an indicator of CCP’s hidden neo-imperialist agendas and that one must vary of are CCP’s ‘gifts.”

Kalden Tsomo said, “Beijing is currently attempting to use its current economic might to challenge the prevailing world order. China is attempting to rewrite history in order to fit its own narrative. Because of this, the CCP’s point of view on Tibet, Hong Kong and COVID-19 is permeating throughout the world with pliable media platforms playing the amplifier role.”

Democratic nations for too long have stayed quiet to China’s aggressive actions and world leaders of the past falsely assumed that China would become more liberal after opening it economy, she said. 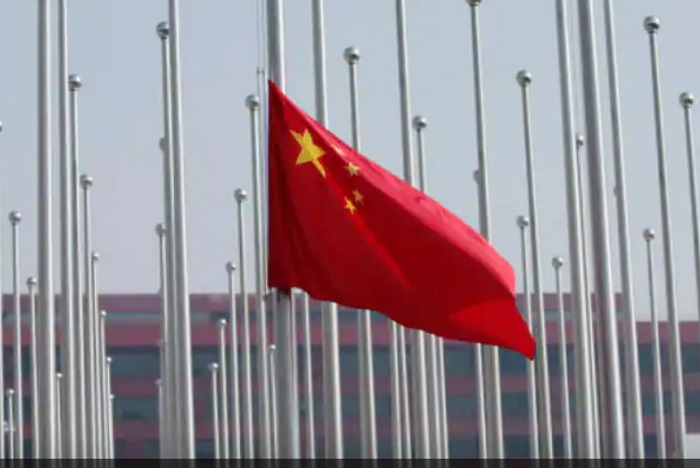