Kabul : Dozens of Afghan women on Thursday held protests in Herat demanding rights and female representation in the government formation after the Taliban took control of the war-ravaged country.

Protestors were carrying banners with slogans against the exclusion of women from the country's political system under the regime of the Taliban, Tolo News reported.

The protest was held in the western city of Herat. Women rights defenders, university students and government employees took part in the movement.

"No government is sustainable without women's support. Our demand: the right to education and the right to work in every aspect," a banner read.

Protestors also urged the international community to stand in solidarity with the women of Afghanistan, Tolo News reported.

As the Taliban took control of Afghanistan once again after 20 years, experts believe that Afghan women are most likely to face an uncertain future under the group's regime.

Sajjan Gohel, a security and terrorism analyst said that women are scared out of their (Taliban) minds.

"From the Afghan women I've spoken to, it's incredibly traumatic. You're looking at an entire generation who only read about the Taliban in books. Now, they're having to live side-by-side with what is effectively a misogynistic cult." Dr Gohel added.

According to the international security director at the Asia-Pacific Foundation: "Women's lives [from 1996 to 2001] were very bleak and severely repressed by the Taliban. You're looking at an era where every aspect of a woman's life was controlled, contained, and confined." reported Four Nine. 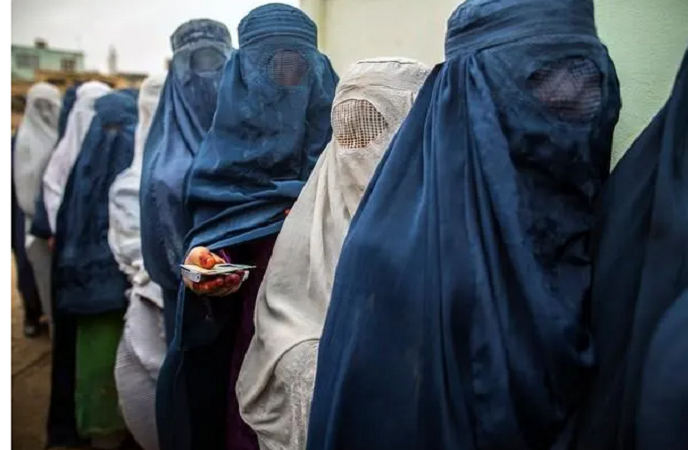