A five-year-old Afghan boy evacuated from Kabul after the Taliban takeover has died in Poland after eating poisonous mushrooms, officials say.

The boy's six-year-old brother, who also ate the mushrooms, had a liver transplant but is critically ill, a doctor said.

The boys were staying at a refugee centre near Warsaw after arriving in Poland with their family on 23 August.

They ate the mushrooms a day later and were taken to hospital.

"Unfortunately, we were unable to help both boys," the hospital's director, Dr Marek Migdal, said on Thursday, confirming the death of the five-year-old boy.

He had suffered irreversible brain damage and was unable to have a liver transplant, unlike his brother.

The outlook for the brother was unfavourable, because he had shown signs of severe brain damage, Dr Migdal said.

A 17-year-old Afghan girl had also been receiving medical treatment after eating mushrooms at the same centre. She has since been discharged from hospital after recovering.

The poisonings are under investigation, prosecutors say.

Polish media reports say an Afghan family picked the mushrooms from a forested area and made a soup with them.

Local officials have denied media reports that the refuges picked and ate the mushrooms because they were not being given enough food.

The evacuees are given "three meals a day", said Jakub Dudziak, a spokesman for the Office for Foreigners, which is dealing with Afghan evacuees in Poland.

He said employees of centres for foreigners had been instructed to warn Afghan citizens not to eat wild mushrooms.

The Polish government says there are more than 250 poisonous species of fungi in the country, some of which can be deadly.

The Afghan brothers were part of a family evacuated from Kabul by the Polish military. Poland evacuated more than 1,000 Afghans who had worked with Nato forces in the country.

Most of the evacuees will stay in Poland but others who were evacuated by Polish troops on behalf of third countries or international organisations will go elsewhere. 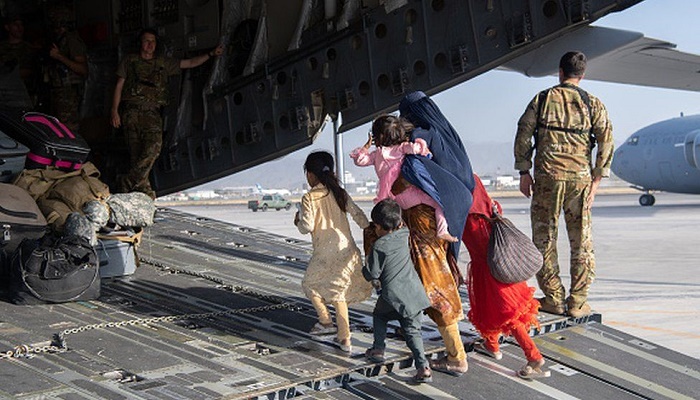