Our Afghanistan foe, on our payroll: The U.S. must confront Pakistan or pay the price

President Biden last week urged that we wait before beginning an accountability process to determine who made the mistakes that led to what the cover of The Economist magazine calls “Biden’s Debacle” in Afghanistan. Congressional committees, headed up by Democratic congressmen and senators, are gearing up to begin their investigations soon.

What they will likely determine is that the civilian National Security Council leaders are, as a group, inexperienced as managers of difficult contingency operations, better at giving advice about grand strategy, where it is always difficult to determine performance, than at making the complex machinery of national security work. They were willing to accept a plan that called for getting the U.S. military out before American civilians and our Afghan dependents, a proposal so obviously unworkable that it is hard to imagine any experienced operator not laughing it out of the Situation Room.

What congressional committees should not overlook, however, is the role of another nation in bringing about the rapid fall of the Afghan military and government. It was not our traditional adversaries, Russia, China or Iran, that pushed over the Kabul house of cards, although they all have played a part in undermining the U.S. and NATO missions in Afghanistan. No, it was Pakistan, a nation that has received billions of dollars in American taxpayer assistance and which has claimed to be assisting us in Afghanistan. In fact, Pakistan has been deceiving Washington for more than 25 years about its secret activities in its next-door neighbor.

Following the 1989 withdrawal of the Soviet army from Afghanistan, defeated by a U.S.-Pakistani operation using Afghan tribal forces to do the fighting, there followed a five-year civil war among those tribal forces lead by regional warlords. Pakistan sought a way to bring stability to its neighbor, stability under direction from Islamabad. Suddenly there sprang upon the scene a group of Islamic “students” studying in Pakistan who put together a military force that took on the seasoned warlords. In Pashto, “students” is “Taliban.”

The name for the new group was chosen by Pakistani military intelligence, the ISI, which had created the organization and also arranged for its military training and equipment. Indeed Pakistan embedded its intelligence and military officers in the Taliban as they advanced on Kandahar and then most of the other major cities. In 1994, the Taliban swept through Afghanistan quickly, often taking cities without a fight, using large-scale bribes and pre-negotiated deals. It did the same thing in 2021.

When the United States began looking again at Afghanistan in the late 1990s when only a sliver in the north eluded Taliban control, what we saw was that the Taliban were supported militarily by two groups, the 55th Brigade, a multi-national unit formed and operated by the Al Qaeda terrorist group, and by Pakistan’s military, notably ISI. They had never left.

When, days after 9/11, the U.S. told Pakistan’s president that they had to provide us full support in fighting Al Qaeda or else, Pakistani Army helicopters secretly lifted the ISI personnel out of the Taliban camps. For the following many years, Pakistan claimed to support the new Afghan government the U.S. installed, but it never stopped caring for its creation, the Taliban, whose exiled leaders lived in Karachi and other Pakistani cities. (Just as Osama Bin Laden lived in a “military city” a few miles from Pakistan’s version of West Point.)

As the U.S. fought the Taliban during the first two decades of this century, suffering more than 2,400 combat deaths, the Taliban used Pakistan as a sanctuary, recuperating, rearming and planning operations from the territory of our supposed ally. Pakistan’s military leaders deceived Washington by offering some assistance in U.S. military operations in return for a significant increase in U.S. financial support. Indeed, they went as far as allowing American drone flights against Islamist fighters who were too radical even for Islamabad’s military intelligence ruling class.

That deceit escalated when President Trump asked Pakistan for help getting the Taliban to negotiate and accept an agreement, in return for U.S. support for a $6.5 billion International Monetary Fund loan to Islamabad. While pretending to lean on the Taliban to negotiate in good faith, it seems that Pakistan began making plans for a second Taliban military sweep to power. As the complete withdrawal of U.S. forces approached, once again Pakistanis, civilian and military, crossed the border with fresh arms and bags of money for the Taliban. As in 1994, by spreading money around and negotiating deals with regional warlords and military commanders, the Taliban again moved quickly and often took cities without firing a shot. They could not have done it without our ally, Pakistan. And Pakistan had money because of U.S. financial support.

Yet if not pushed hard by the Congress, the Biden administration, like the previous four U.S. governments, will not punish Pakistan for its anti-American duplicity.

Clarke served for 30 years in U.S. government national security agencies, including the Pentagon, the State Department and the White House National Security Council. 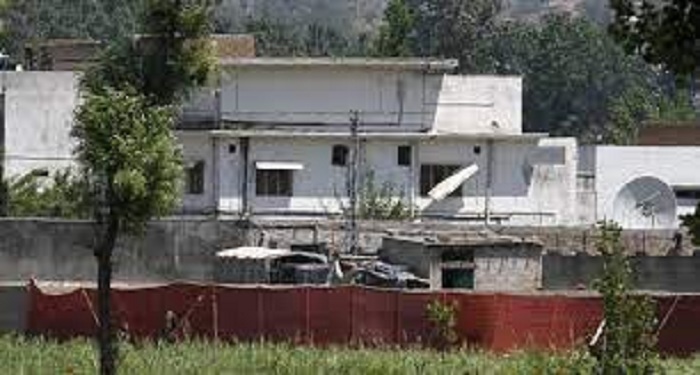 Our Afghanistan foe, on our payroll: The U.S. must confront Pakistan or pay the price