Taliban takeover victory of Islamic world, defeat of US: Siraj

LAHORE: Jamaat-e-Islami Ameer Sirajul Haq Sunday said Taliban’s peaceful taking over the Kabul regime was actually a defeat of the US and a victory of Afghan people and the Islamic world. It is hoped that after the humiliating defeat, the US would not invade any more countries, he said while addressing the central training workshop for the JI leaders and workers at Mansoorah here.

He lauded Taliban for declaring peace, non-retaliation against opponents, protection of diplomats and foreigners, and amnesty for rivals which, he said was unprecedented in modern civilised world.

He said the Afghan people again proved they had always defeated great powers invading their country and had the ability to solve their country's problems in a better way. Siraj said the defeat of the Western colonist powers for the third time in history by Afghanistan has further strengthened the dream of liberation of Kashmir and Palestine, hoping that the day was not far when the sun of freedom would rise there.

Sirajul Haq expressed sorrow that World Bank and the IMF consolidated their slavery of Pakistani people through the PTI tsunami. He warned that the fearlessness of rulers towards Allah almighty was the root cause of all evils like injustice, cruelty, bloodshed and plunder. He appealed to the people to vote for Jamaat-e-Islami to ensure their rights given by Qur'an and Sunnah, and the constitution.

He said it was time people bring the system of justice like that enforced by Hazrat Umar Farooq (RA). He said JI workers with new determination and passion should convey the message to every home and every individual that JI is the best and only option that can change their situation.

He said that inflation, unemployment and unrest in the three years of PTI government have made life difficult for the people. Unemployment rate is increasing day by day.

When will 22 crore people breathe a sigh of relief? The interest rate system has made the country such that living a prosperous life has become a major challenge for the people. The loss of life and property of citizens in Karachi is a question mark for the government. Strongly condemning last night's attack in Karachi, Ameer Jamaat said that the perpetrators of this terrorist act should be arrested and brought to justice.

The government should take practical steps in addition to condemning the incident. There is an important responsibility of the government in which the government has failed miserably. The terrorists should be arrested within 48 hours and they should be punished severely. 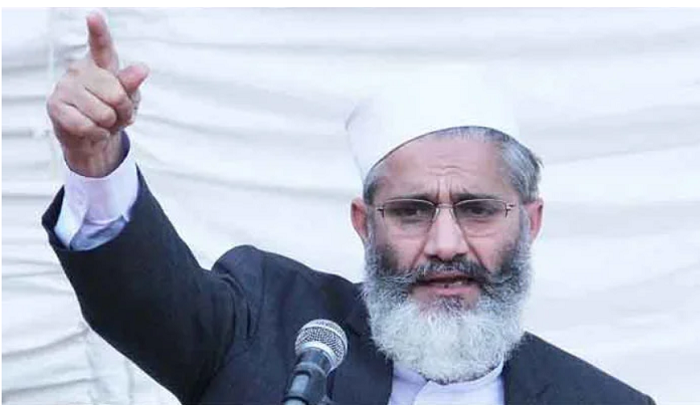 Taliban takeover victory of Islamic world, defeat of US: Siraj