The ongoing large infrastructure projects taken by the incumbent government are going to change the country’s fate in the coming days as they are likely to have huge impact on economic landscape.

In its three terms in a row since early 2009, the Awami League government launched a number of large infrastructure schemes ranging from bridge, railway and power ones to mass rapid transit projects for the capital aligned with its long term development goals.

“There was no long or mid-term development plan in the country prior to Awami League government’s taking office in 2009. Governments other than that of Awami League ran the country with PRSP which even lacked any GDP growth target,” said Dr Shamsul Alam, newly appointed State Minister for Planning.

With the systematic planning, the government has been able to bring about a big change in the economy as well as the lives and livelihoods of the country’s people, he added.

The government has so far adopted three five-year plans of which sixth and seventh plans have been implemented and implementation of the 8th plan is underway. These plans were based on long-term perspective plans called Vision 2021 and Vision 2041.

The Vision 2021 sought to raise the country’s status to a middle-income one by 2021 while the newly formulated Vision 2041 has been picked to turn the country into an affluent nation by 2041, 70 years of the country’s independence.

Besides, Bangladesh formulated Delta Plan 2100 and has taken initiatives for Blue Economy to explore economic potentials from river and sea.

Of the development initiatives, the large infrastructure projects are going to have some direct impacts on the economy in the mid and long terms, according to economic analysts.

Japanese Ambassador to Bangladesh ITO Naoki has recently said the shape of Bangladesh will change and will have a positive impact on the future of Bangladesh once the ongoing mega-infrastructure projects, especially the Japan-funded ones, are completed.

Some of the projects are close to the finishing line while some others have been lunched recently and some are waiting to be launched soon.

Work on the projects was advancing fast in recent years, but the corona pandemic slowed down the pace of some projects.

Global analysts hailed Bangladesh that it could have an impressive 5.2 percent GDP rate despite the pandemic while growth of most economies faltered during the pandemic.

However, work on some infrastructure projects is now going on in full swing maintaining proper health safety protocols while the country is fighting second and third wave of coronavirus after successfully battling the first wave.

Apart from bringing a drastic change to the country’s communications and infrastructure, the projects are expected to increase Bangladesh’s exposure to the whole world.

All this has been possible for the continuation of the government for three terms in a row, according to analysts.

Since taking office in early 2009, the government attached highest priority to improving the country’s energy and power situation as electricity is the main source of industrialisation and socioeconomic development.

As a result, Bangladesh is now a power surplus country from a power-deficiency one and it is now very close to achieving cent percent electricity coverage.

Meanwhile, Bangladesh has been able to nearly finish the much-talked-about Padma Bridge connecting Dhaka with 21 southern districts, ending all skepticism surrounded after cancellation of World Bank fund for the mega structure.

Apart from the funding problem, the country has been able to address all the technical and natural problems while constructing the 6.15-km bridge over the mighty River Padma.

Simultaneously with the bridge, the government is constructing a 169-km rail line from Dhaka to Jashore to ensure seamless connectivity between Dhaka and the southern and southwestern districts while reaping the full benefit of the Padma Bridge.

Two sets of train have already reached the country from Japan. The Uttara-Agargaon segment of over 20-km elevated metro rail from Uttara to Motijheel is waiting to go into operation soon.

Work on the China-assisted Karnaphuli Tunnel is in progress amid the pandemic, though a bit slow. So far, it achieved 70 percent progress and the project officials are hopeful of finishing it by the stipulated timeframe.

The government is going to construct a dedicated rail bridge over the Jamuna River parallel to the existing Bangabandhu Bridge to lower burden on the existing bridge apart from curtailing travel time for the trains.

At present, crossing the 4.8-km bridge takes nearly half an hour as speed limit on the bridge has been set at only 20km per hour for the safety of Bangabandhu Bridge.

Prime Minister Sheikh Hasina is expected to formally inaugurate the Japan-funded bridge project next month, which will be another milestone for the government.

“Bangladesh is advancing fast in terms of infrastructural development. Bangladesh is also replicable to other countries for its success in economic development and poverty reduction,” commented Dr Atiur Rahman, former Bangladesh Bank governor.

Once the mega projects are implemented, Bangladesh’s image will increase across the world, he also thinks. 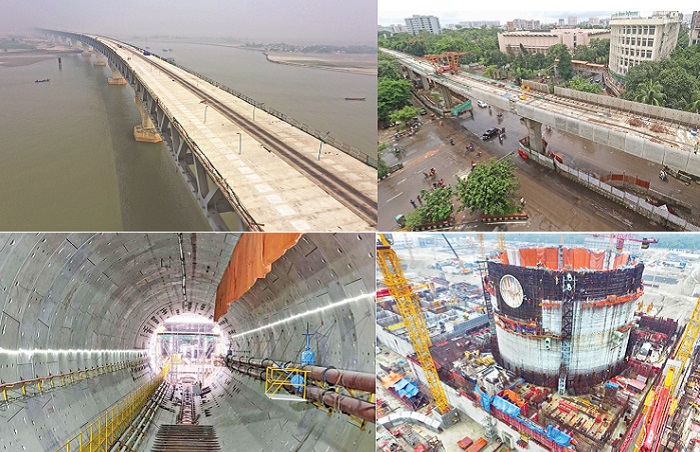 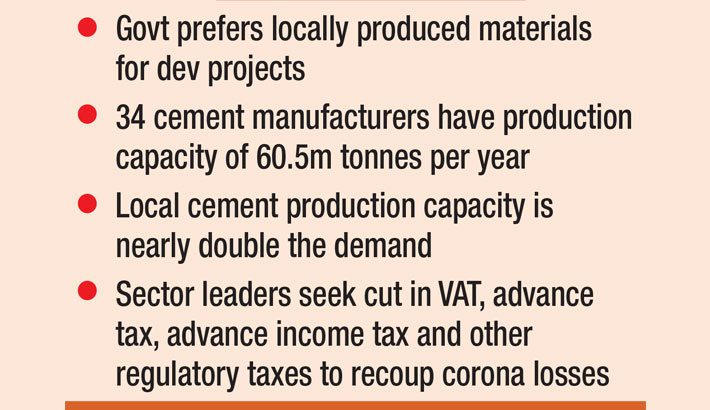 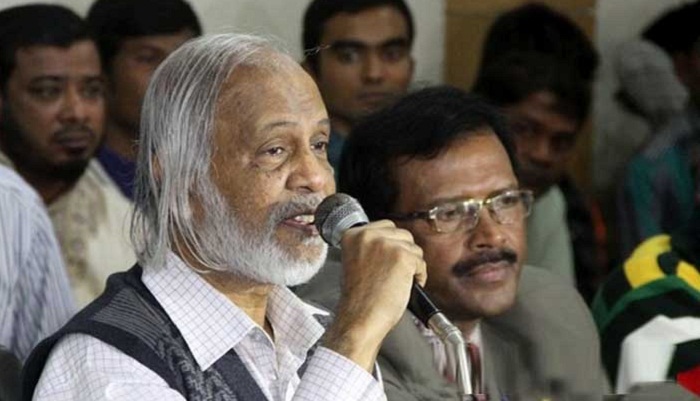 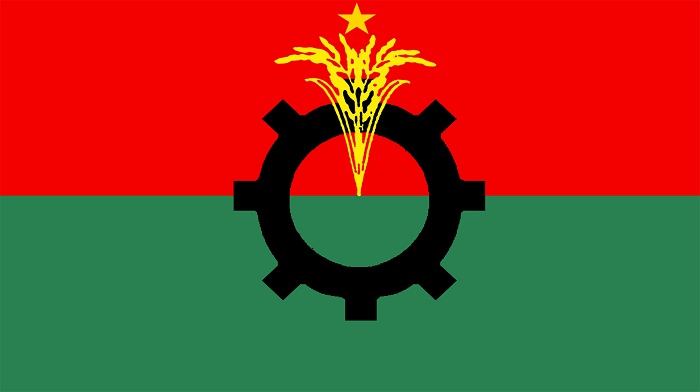 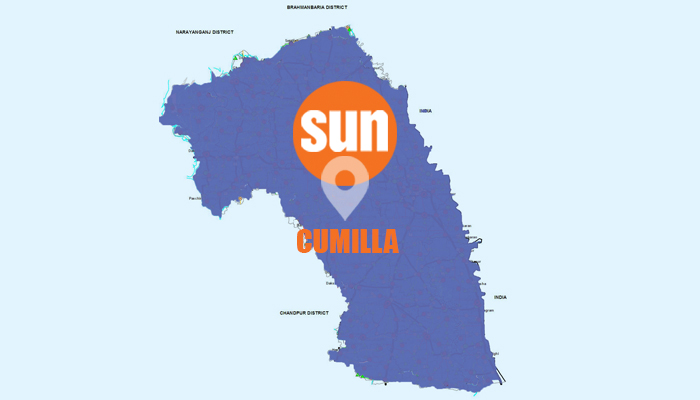