Since US President Joe Biden announced on May 1 the withdrawal of its troops, the Taliban has captured more than 150 districts, including the northern parts of the country, which was considered as a stronghold of democratically elected and US-supported Afghanistan government, reports Asian Lite News

Within a week after the US forces left Afghanistan, the atrocities and human rights violations by the Taliban witnessed a surge. A few days ago, two Afghan government officials were executed after being tortured. Also, 22 commanders of Afghan security forces were shot dead even when they tried to surrender.

There have been numerous killings of civilians on suspicion of being supporters of the US or the Afghan government. Videos of such brutalities have been going viral. It has raised concerns over Afghanistan returning to the dark age, with the renewed Taliban regime curtailing women rights, basic human rights and even banning music and arts while awarding cruel punishments like stoning to death for disobeying.

In June 2021, there were news reports that the Taliban had accepted the changing realities after the two decades of US presence in the country and had stopped brutalities against women and minorities like Shias and Hazaras. It was said the Taliban had changed and it did not carry out the massacre and destruct homes like Islamic State.

However, it is turning out to be propaganda by the Taliban. The militant organisation has not changed as it has restored the horrific activities of atrocity soon after the US forces left Afghanistan. Farkhondeh Akbari, a Hazara university student, knew the arrival of Taliban rule would mean disaster for human rights and freedom achieved by women in the past two decades. “I am afraid of the future,” Akbari had said in June. Her words turned true soon. “America is leaving Afghanistan in chaos, in bloodshed, amid the operation of some twenty terrorist organizations and an emboldened Taliban that are not compromising an inch for power-sharing, for human rights and for the international call to reduce violence,” Akbari said.

Since US President Joe Biden announced on May 1 the withdrawal of its troops, the Taliban has captured more than 150 districts, including the northern parts of the country, which was considered as a stronghold of democratically elected and US-supported Afghanistan government. Meanwhile the Taliban claimed it controls 85 percent of the country. Around 47,600 civilians lost their lives in the crossfire between the US forces and the Taliban in the past two decades. Now, more civilians are likely to be killed by the Taliban as revenge over the allegations of being pro-US. Afghanistan is not new to the acts of revenge. “Cycles of revenge have fueled atrocity killings in the past, particularly in northern Afghanistan,” said Patricia Gossman, associate Asia director at Human Rights Watch.

Now, the US forces have left the scene, Taliban has started distributing pamphlets, asking Afghan people to follow strict rules that are similar to those that were in place during Taliban rule between 1996-2001. They include restrictions on the movement of women and what they wear.

Now they will not be able to leave the house without a male companion and covering themselves from head to foot with hijab. “They want to impose the restrictions that were imposed on women under their rule,” said Nahida, a 34-year woman from Balkh district. Similarly, men are ordered not to shave or trim beards. Another Balkh resident said “It is possible that they impose more restrictions. In some of the mosques, during the Friday sermons, Mullahs say that the Sharia law should be implemented.” Sojod from Jowzjan said “We are in the brutal era of the Taliban again.

Those who claim the Taliban have changed, I invite them to come and see in Jowzjan and other parts of the country where they are restricting women from work and going outside. We are in the dark age again.”

Taliban has refused that it has resorted to violent activities. Taliban spokesperson Suhail Shaheen said the reports of brutalities were wrong. “Our opponents are producing fake propaganda against us,” he said. However, the videos that are being circulated show otherwise. There have been atrocities and horrific war crimes in the area that have been captured by the Taliban recently.

People are being beaten, tortured and even beheaded. Also, Afghani people are being shamed and punished publicly, which include whipping women for violating “modesty” laws. “Whilst, the Taliban have orchestrated to portray that they have changed after attending peace negotiations, a number of videos clearly unveil the Taliban’s true intent, behaviour, and the world they are determined to make for the citizens,” said Afghan Embassy in Australia.

Taliban has wedged direct attacks on young women and girls exercising their rights to education, civil society, academics, health workers, human rights defenders, media workers, civil servants, said UN-official and human rights expert Fionnuala Ni Aolain. “Today, the violence in Afghanistan has reached new heights of egregious human rights violations, demonstrating the escalating and devastating tactics of directly targeting civilian populations by terrorist groups,” she said. William Maley, emeritus professor at The Australian National University, the atrocities to go on abetted since the Taliban was hunting for total power. “They are not squeamish about the means used to intimidate each and every component of the Afghan population to achieve that objective,” he said. 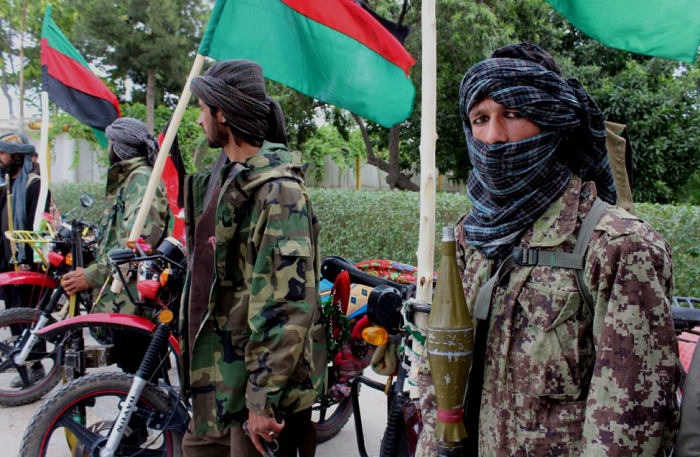