Taliban continue to roam freely in Pakistan, not possible without state’s support: Lawmaker

The Taliban continue to roam freely in different parts of Pakistan including Quetta and that is not possible without the state’s support, said a Pakistani lawmaker.

As the Taliban is making advances in Afghanistan taking control of over district after district, Pakistan has been come under for abetting terrorists and providing support to the Taliban.

Mohsin Dawar, a progressive opposition lawmaker from Pakistan’s northwestern tribal areas, said that “the Taliban continue to roam freely in different parts of Pakistan, including Quetta.”

“It is not possible without the state’s support,” DW quoted him as saying.

Recently, videos of Pakistani citizens holding Taliban flags and chanting slogans at rallies in support of the terror group surfaced on social media.

Taliban gains in Afghanistan are also encouraging Pakistan terrorists to join their ranks in the war-ravaged country.

According to local sources, dozens of Pakistanis have been killed in Afghanistan in the past few months while fighting alongside the Taliban against Afghan forces.

Recently, Afghan President Ashraf Ghani said 10,000 ‘jihadi’ fighters have entered Afghanistan in the last month, while the Imran Khan-led Pakistan government had failed to convince the Taliban to “negotiate seriously” in the ongoing peace talks.

Many locals and witnesses in the city of Quetta and the district of Pishin of Balochistan province told DW that there had been increased pro-Taliban activity in their areas.

“The Taliban enjoy local support in our area, but the rallies are not possible without support from state authorities,” a resident told DW on condition of anonymity. “Initially, the clerics were asking for donations for the Afghan Taliban at mosques; now they are coming door-to-door to generate funds for the ‘Afghan jihad,'” he said.

Pakistan not only provides safe havens to Taliban leaders but also provides medical facilities for Taliban fighters and support for the group’s families, according to an analyst.

“Pakistan derives leverage over the Taliban not just because of the safe havens it has provided to the group’s leaders, but also through the medical facilities it provides for Taliban fighters and support for the group’s families,” Michael Kugelman, deputy director and senior associate for South Asia at the Washington-based Wilson Center, told DW.

“Islamabad has previously suggested that its relationship with the Taliban puts it in a great position to facilitate talks between the insurgents and the Americans, and more recently the Afghan state. But, when it says it has limited leverage, it appears to be contradicting its own message. There is public support for the Taliban within Pakistan and over the years Pakistani nationals remain their volunteer fighters,” he added. 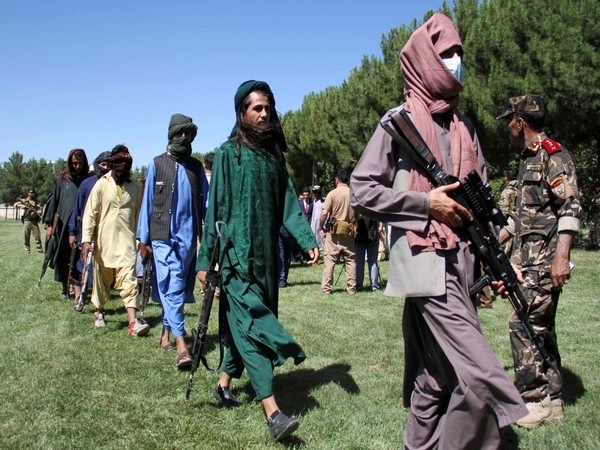 Taliban continue to roam freely in Pakistan, not possible without state’s support: Lawmaker