BGB on high alert at Benapole to prevent rawhide smuggling 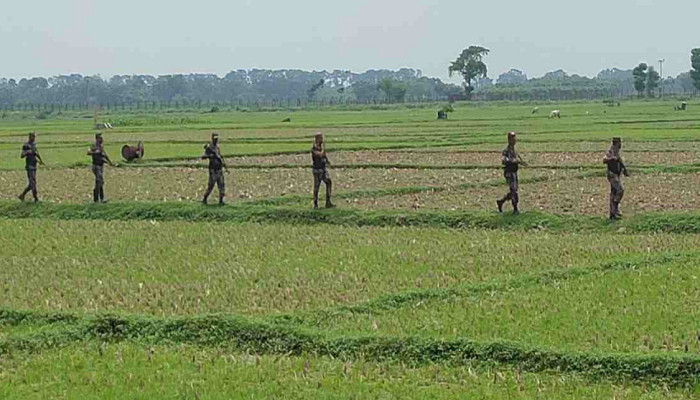 Border Guard Bangladesh (BGB) was on Thursday put on high alert to prevent rawhide smuggling, a day after Eid-ul-Azha, a holy festival during which Muslims sacrifice animals.

The seasonal smugglers have stockpiled rawhide after purchasing the same at a high price.

According to traders, the quality of Bangladeshi rawhide is better than that of India and that’s why there is a demand for the Bangladeshi product in the neighbouring country.

This year, the government has fixed raw cow hide prices at Tk 40-45 per sq ft in the capital and Tk 33-37 outside Dhaka.