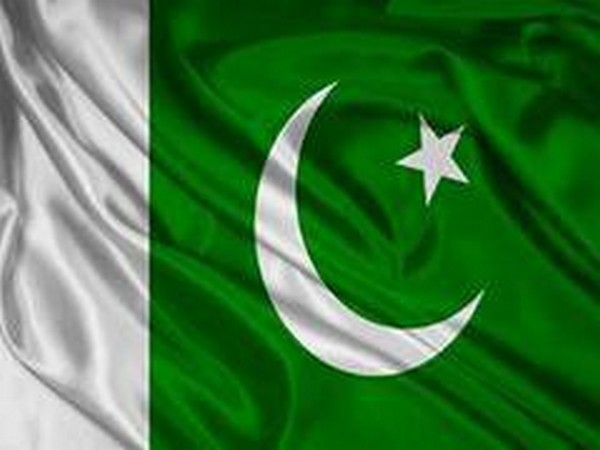 The Afghanistan President blamed Pakistan to not to be able to convince Taliban to negotiate seriously in the ongoing peace talks and also said that in the last month over 10,000 terrorists have entered in Afghanistan through Pakistan.

Addressing the innagural ceremony of the Central and South Asia connectivity conference here, Ghani said “contrary to repeated assurances by Khan and his generals that Pakistan does not find a Taliban takeover in Afghanistan in its interest and short of use of force will use its power and influence to make the Taliban negotiate seriously, networks and organizations supporting the Taliban are openly celebrating the destruction of the assets and capabilities of the Afghan people and State.”

The Afghanistan President also asked Pakistan to use its “influence and leverage for peace and cessation of hostilities” amid an increase in violence by Taliban.

In his response a short while later at the conference, Imran Khan said he was “disappointed” by Ghani’s allegation that Pakistan had a “negative role” in the Afghanistan peace process.

“To blame Pakistan for what is going on in Afghanistan and Taliban is not fair,” he said.

Imran Khan said Pakistan was a partner in peace and that regional peace and stability were of utmost importance for enhanced trade and economic cooperation in the region. “Afghanistan is natural land bridge between Central Asia and South Asia, and peace in Afghanistan is the most critical factor for regional connectivity,” he said.

Khan said that Pakistan’s foremost priority is stability in Afghanistan as it directly affects the country. “Pakistan will continue to support all initiatives for peace and reconciliation in Afghanistan,” he said. “President Ghani, let me just say that the country that will be most affected by turmoil in Afghanistan is Pakistan. Pakistan suffered 70,000 casualties in the last 15 years. The last thing Pakistan wants is more conflict,” he added.

Reiterating his resolve to fight back the Taliban, Ghani addressing the confrence said, “Based on the principles of concentration of forces and economy of effort, we are prepared to face the Taliban and their supporters for as long as it takes until they realize that a political solution is the only way forward.”

“We, therefore, call on the Taliban to engage with the government of Afghanistan to end the war and the destructive recent onslaught,” he said adding “Pakistan, therefore, needs to be engaged coherently and urgently from the perspective of regional interest.”

He also said that plunging Afghanistan into an all-out war is to plunge the region into radical uncertainty. “We, therefore, call on the Taliban to engage with the government of Afghanistan to end the war and the destructive recent onslaught,” he said adding “Pakistan, therefore, needs to be engaged coherently and urgently from the perspective of regional interest.”

Listing out the challenges and opportunities in regional connectivity, the Afghanistan President said amid the turmoil as foreign troops withdraw and the resurgence Taliban resurgence, his country’s national security forces will uphold the patriotic duty to defend the people and land.

“Permit me, however, to make one thing clear: while our people and government are fully committed to peace under my leadership, our national security forces will uphold our patriotic duty to defend our people and land. After all, the tree of liberty is often sustained by the blood of patriots.”

Contrary to their commitments to the US to pursue a political solution, the Taliban have deployed over 5,000 prisoners released at the request of the international community by the Loya Jirga or Grand Council as the vanguard of these attacks. Over 50 of the largest drug dealers released at international request provide financial backing for the onslaught.

The onslaught has resulted in the destruction of over 260 buildings and systematic looting of public assets. Reliance on car bombs, massive planting of land mines, assassination campaigns, targeted killing of women and civil society leaders, and summary execution of prisoners of war constitute the arsenal of the Taliban.

“These practices are forcing hundreds of thousands of people to flee to cities and secure provinces. The only choice offered by the Taliban is that of submission and surrender,” said Ghani at the Conference.

Moreover, the Taliban, said Ghani had earlier declared that they will not attack cities and provincial centers, they are accelerating their attacks and attempting to starve the cities.

Reiterating his resolve to fight back the Taliban, Ashraf said, “Based on the principles of concentration of forces and economy of effort, we are prepared to face the Taliban and their supporters for as long as it takes until they realize that a political solution is the only way forward.”

He further said that Afghanistan is committed to international humanitarian law and will mobilize its national response under the leadership of the Afghan National Defense and Security Forces (ANDSF).

Talking about regional connectivity, Ghani said, “The possibility of combined development opened up by the 4th Industrial Revolution can provide the needed acceleration. But if our regions miss the opportunity during the next decade, the gap will be much wider.