Baloch separatists against Chinese funded project in their region 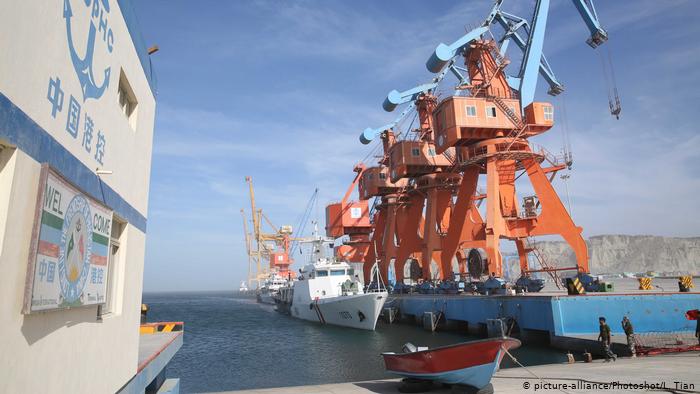 Baloch separatists are not letting any project go smoothly which is funded by China, Prime Minister of Pakistan, Imran Khan announces to talk with them.

Had development work been carried out in the province, “we would never have had to worry about insurgents,” Imran Khan said.

Khan made these comments during his visit to Balochistan’s Gwadar city, which is central to the China-Pakistan Economic Corridor (CPEC), a multibillion-dollar project linked with Beijing’s Belt and Road Initiative (BRI).

Balochistan remains Pakistan’s poorest and least populous province, despite several development projects initiated by Islamabad in the past.

Rebel groups have waged a separatist insurgency in the province for decades, complaining that the central government in Islamabad and the richer Punjab province unfairly exploit their resources. Islamabad reacted to the insurgency by launching a military operation in the province in 2005.

In 2015, China announced an economic project in Pakistan worth over $50 billion (€42.3 billion), of which Balochistan is an integral part. With CPEC, Beijing aims to expand its influence in Pakistan and across Central and South Asia in order to counter US and Indian influence.

The CPEC would link Pakistan’s southern Gwadar port (626 kilometers, 389 miles west of Karachi) in Balochistan on the Arabian Sea to China’s western Xinjiang region. It also includes plans to create road, rail and oil pipeline links to improve connectivity between China and the Middle East.

Dr Talat A Wizarat, an international relations expert in Karachi, welcomed Khan’s change of approach toward Baloch separatists and said the offer could herald an era of prosperity in Balochistan.

“It is a good move. Peace in Balochistan would attract more Chinese investment there,” she told DW.

Islamabad-based analyst Dr. Salma Malik believes the premier should have reached out to separatists much earlier. “The offer is quite late, but still a welcome move,” she said.

Baloch separatists, both militant and political groups, oppose China’s increasing involvement in the province. They also believe that Khan’s negotiations offer is not sincere and is merely aimed at securing China’s projects in the restive province.

Yasmin Lehri, a former lawmaker, says China is concerned about the security situation in Balochistan. “Beijing is carrying out various development projects in several parts of the world, but nowhere does it face as many threats as in the Pakistani province,” she told DW.

China’s concerns are one of the main factors behind Islamabad’s change of heart toward Baloch separatists, say observers.

Dr. Tauseef Ahmed Khan, a Karachi-based analyst, agrees with Lehri’s assessment. “China wants to secure its investment in Balochistan, and PM Khan’s government is under pressure from Beijing to deal with the situation,” he said, adding that Islamabad is left with no other option but to allay Chinese concerns.

Buledi says there is a lot of anger against China in Balochistan, and that locals believe that the Gwadar port and other CPEC-related projects have not been beneficial for them.

Qaiser Bengali, a leading Pakistani economist, agrees: “The Baloch people rightly believe that these agreements and Chinese projects have not given them anything.”

“China takes away 91% revenue from the Gwadar port, while the rest goes to Pakistan’s federal government. The locals in Gwadar don’t even have access to clean drinking water,” he added.

The expert added that there are residential complexes in Gwadar that are only for the Chinese people. “Even elected members of the Balochistan assembly are not allowed to enter these facilities,” he claimed.

The locals have few political avenues to vent their anger. On the other hand, armed insurgents have vowed to harm Chinese interests not just in the province, but across the country.

In November 2018, a Baloch insurgent group claimed responsibility for an attack on the Chinese consulate in southern Karachi city, killing four people. In May 2019, separatists attacked the Pearl Continental hotel in Gwadar, killing five people and injuring six persons.

In June 2020, armed separatists raided the Pakistan Stock Exchange, where three Chinese companies own 40% of the stakes.

Supporters of China’s economic investment argue that Pakistan needs foreign investments and that the communist country has proven to be a reliable partner so far.

“Anti-Pakistan elements are making false allegations against China. We give them contracts because they deliver. The Chinese investment will help Pakistan’s economy, which has been hit hard by the coronavirus pandemic. Balochistan will benefit too,” Ashfaq Hassan, a member of PM Khan’s Economic Council, told DW.

Prominent Pakistani businessmen say that Chinese investments have generated thousands of jobs in the country and tens of thousands of people have benefitted from subsidiary projects.