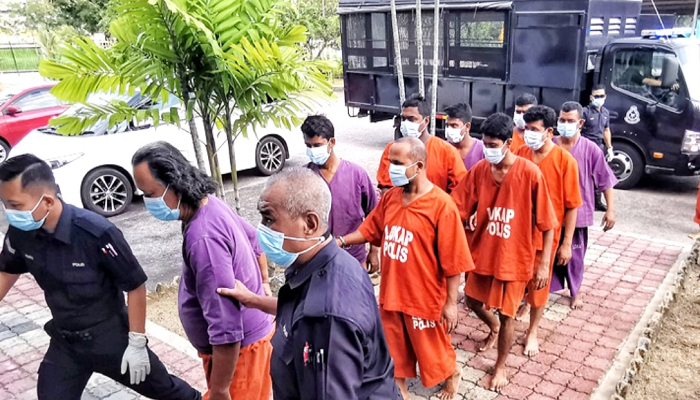 Malaysian police have arrested 48 Bangladeshis in connection with a prayer gathering, in violation of Covid-19 standard operating procedure, outside an Islamic assembly building in Taman Pelangi area of Johor state.

Penang Police Chief Commander said of those detained, 48 were from Bangladesh and one was a local.

The men were allegedly performing Eid-ul-Azha prayers outside the building during Phase Two of the National Recovery Plan from the pandemic in Penang.

Earlier, Police said the group had allegedly gone to the assembly for prayers in the morning but they were denied entry as the limit of 100 people was reached.

They then allegedly proceeded to perform their prayers on the road in front of the building, which is near the Taman Pelangi flats in Auto City, Juru.