Parents hospitalised due to son’s beating 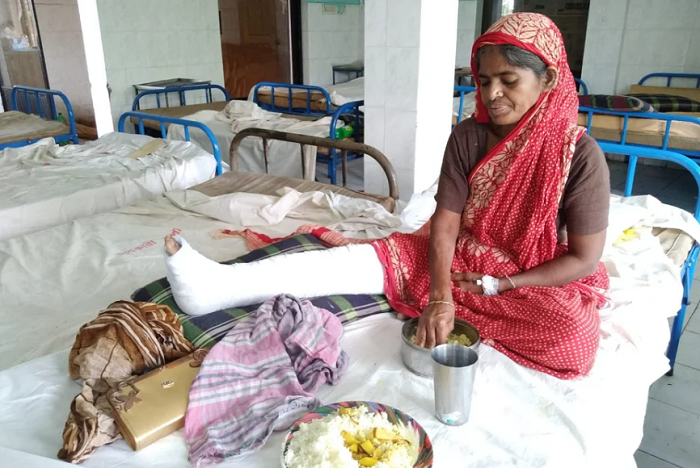 A man and his wife are undergoing treatment at a hospital with serious injuries as their 26-year-old son beat them mercilessly.

The couple named Ekabbar Maal (60) and Fulmati Begum (50) are groaning in pain in the bed of the surgery ward of Shariatpur Sadar Hospital.

Their eldest son Sharif Maal,(26) and his wife Munni Akhter beat them, broke their legs and caused heads injuries on Thursday afternoon.

His wife Fulmati is a housewife. They have four daughters and two sons. The eldest son Sharif Maal along with his wife Munni pressured his parents to register their land in Sharif’s name. They  often beat then being refused to get register the land.

Meanwhile, Munni started quarreling with her mother-in law last Thursday. At one stage, Sharif beat his parents and broke their legs. Also, his mother’s head was blown off by Sharif's stick.

Majid, Ekabbar’s cousin, assisted Sharif and his wife in the beating and took part in vandalising the house and furniture of Ekabbar.

Later, villagers rescued them and took to Jajira Upazila Health Complex for treatment.

On Saturday, they were admitted to the surgery ward of Shariatpur Sadar Hospital for advanced treatment.