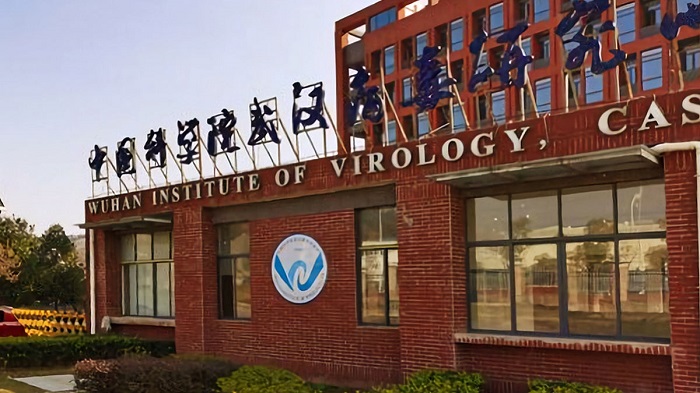 The theory that the coronavirus escaped from the Wuhan lab is at least as credible as the possibility it jumped from a bat to a human naturally, senior Biden administration officials told CNN.

The lab leak theory - which was once rejected by medical experts as a conspiracy - has gained traction in recent months, prompting President Joe Biden to dispatch intelligence agencies in May to find answers and report back in 90 days.

At the halfway point, no concrete evidence has emerged that supports one hypothesis over the other, but multiple sources overseeing the review told CNN on Friday that the intelligence community is firmly divided over the two theories.

A person familiar with the probe told CNN barring a smoking gun evidence, which doesn't exist right now, the 90-review will end with pros and cons to the two major theories.

As it stands now, two intelligence agencies seem to be leaning to the natural-occurring origin theory; while one agency is leaning towards the lab leak, CNN reported.

The news outlet didn't mention the agencies but said all three are lukewarm about either theory.

A day earlier, the head of the World Health Organization (WHO) admitted there was a 'premature push' to rule out a potential link between the coronavirus pandemic and a lab leak.

WHO director general Dr. Tedros Adhanom Ghebreyesus said they're pushing China to be more transparent as the international community searches for answers.

Ghebreyesus's comments come just weeks after he suggested that Beijing had not cooperated fully with investigations and called on China to help solve the origin of the virus out of 'respect' for the dead.

China's foreign ministry spokesperson hit back with scathing statement about the US and said the country has been open and transparent all along.

'For quite some time, a handful of countries, led by the US, have been stigmatizing the epidemic, putting a geographical label on the virus and politicizing the origins study,' the statement reads.

'They blatantly disregard the achievements scientists made together and turn a blind eye to science and truth for their own selfish interests. They publicly clamor for investigations conducted by intelligence agencies and falsely accuse China of not being transparent and cooperative by all means regardless of the facts.

'These actions have seriously disrupted and undermined international cooperation in global origins study, created great difficulties and obstacles for countries to fight the epidemic and save lives, and aroused wide dissatisfaction and opposition in the international community.'

The White House has hit back with public threats over the last month.

National security adviser Jake Sullivan warned Beijing of potential consequences last month, telling Fox News that China will face 'isolation in the international community' if it does not cooperate.

He also told CNN that 'if it turns out that China refuses to live up to its international obligations, we will have to consider our responses at that point.'

With tensions escalating, the US-China relationship has become something akin to a high-wire tightrope act, which is why officials are not expecting a definitive answer to where and how the coronavirus came to be.

The Huanan wet market, where scientists say the first cluster of infections were officially reported, is just a few hundred yards from the Wuhan Centres for Disease Prevention and Control and only a few miles from the the Wuhan Institute of Virology Lab, where scientists were reportedly conducting experiments on bats before the pandemic began.

The lab is one of only a handful in the world that is cleared to handle Class 4 pathogens — dangerous viruses that pose a high risk of person-to-person transmission.

Three researchers from the institute sought medical care in November 2019, before the virus began to spread, according to a recent report from the Wall Street Journal.

There are scientists who have claimed for more than a year that the genomic sequence of the virus is such that it must have been engineered by humans.

This follows revelations that a government laboratory in California concluded last May 2020 that COVID-19 may have escaped from a facility in Wuhan.

Scientists at the the Lawrence Livermore National Laboratory, near Berkeley, analyzed the genetic makeup of the virus to try to understand how it evolved.

They passed their May 27, 2020 findings on to the State Department in October. The five-month delay was not explained.

On January 15 the State Department published a fact sheet about COVID-19, which said that 'circumstantial' evidence suggested a lab leak theory was possible.

The secret document the California lab produced was not known about until Monday, when The Wall Street Journal reported on its existence.

People familiar with the Lawrence Livermore study said that it was prepared by their 'Z Division,' which is its intelligence arm.

The California lab has not confirmed the contents of their report, which remains secret.

And last month an explosive new study obtained exclusively by DailyMail.com suggested the scientists created Covid-19 and then tried to cover their tracks by reverse-engineering versions of the virus to make it look like it evolved naturally from bats.

The paper's authors, British Professor Angus Dalgleish and Norwegian scientist Dr. Birger Sørensen, wrote that they have had 'prima facie evidence of retro-engineering in China' for a year - but were ignored by academics and major journals.

Dalgleish is a professor of oncology at St George's University, London, and is best known for his breakthrough creating the first working 'HIV vaccine', to treat diagnosed patients and allow them to go off medication for months.

Sørensen, a virologist, is chair of pharmaceutical company, Immunor, which developed a coronavirus vaccine candidate called Biovacc-19. Dalgleish also has share options in the firm.

The shocking allegations in the study include accusations of 'deliberate destruction, concealment or contamination of data' at Chinese labs, and it notes the silencing and disappearance of scientists in the communist country who spoke out.

The journal article, which has been submitted for publication, is set to make waves among the scientific community, as the majority of experts have until recently staunchly denied the origins of COVID-19 were anything other than a natural infection leaping from animals to humans.

Some experts still believe the virus was transmitted from a bat to some other species of animal, then to humans. However, its origins remain unproven.

The Wuhan lab was famed for conducting tests on bat coronaviruses, with experts who support the leak theory saying the same city being ground zero for the outbreak is too great a coincidence to ignore.