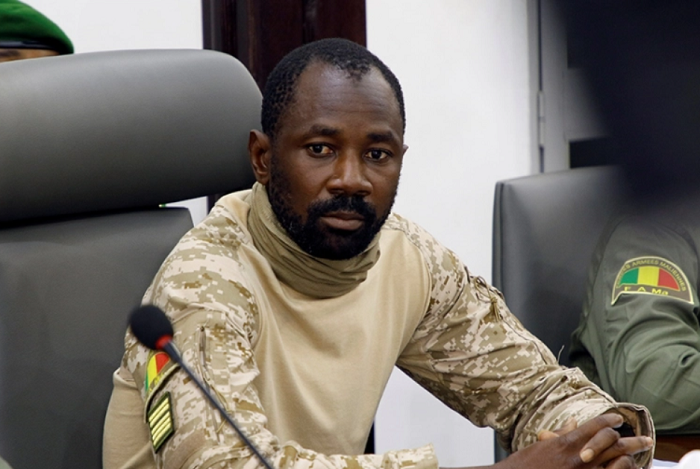 Two people tried Tuesday morning to stab the president of the transition in Mali, Colonel Assimi Goïta, during the Muslim rite of Eid al-Adha, the feast of the Sacrifice, at the Grand Mosque of Bamako.

It was after the prayer and while the imam was heading towards the exit of the mosque to slit the sheep that attempted stabbing took place. Goita was then taken away and did not seem to have been touched, according to AFP's report.

When asked by AFP whether the act was an "assassination attempt" on the president, his security services replied: "Yes, absolutely".

"We are conducting the investigation. At least one person tried to attack him with a knife at the Grand Mosque in Bamako today," the same source added, saying that "the president is safe.

Present at the scene, the Minister of Religious Affairs, Mamadou Kone, told AFP that "a man immediately tried to kill the President of the transition with a knife in the Great Mosque of Bamako.

But "he was well controlled before committing his crime," he added.

"It was after the prayer and the sermon of the imam, when the imam should normally go to immolate his sheep, that the young man tried to stab Assimi (Goïta) from behind, but it was another person who got injured," Latus Tourè, manager of the great mosque confirmed to AFP

Mali has been the scene of two state coups in less than a year. Both, in August and May, were led by the same army colonels, led by Colonel Assimi Goïta, who has since become president of the transition.

A former head of a special forces battalion, he has never gone anywhere for nine months without his men, hooded and armed with assault rifles.

Colonel Goïta and the new government, appointed by the junta, have assured that they will keep their commitment to hand over the reins to civilians after elections scheduled for February 27, 2022.