Will China Be the Great Power to Fail in Afghanistan? 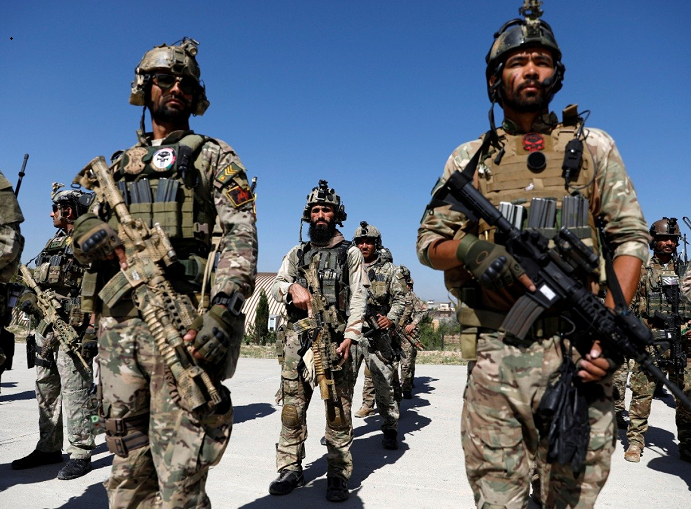 Since Washington’s February 2020 agreement with the Taliban to withdraw from Afghanistan, some commentators have suggested that China may step into the vacuum. Beijing may be watching recent events with some apprehension, but it will also see the US withdrawal as presenting opportunities.

China has significant strategic, security and economic interests in the region that give it a stake in Afghanistan’s future stability. Its direct economic interests in Afghanistan include a 30-year lease on the Mes Aynak copper mine, which it has held since 2007 but hasn’t been able to exploit due to the  volatile security situation. Beijing also likely has an eye on Afghanistan’s vast mineral resources, which are estimated to be worth more than US$1 trillion and include significant quantities of rare-earth elements.

Over the past 20 years, China has benefited from American and NATO involvement in the region, which provided the security environment that enabled Beijing to pursue its Belt and Road Initiative across Pakistan and Central Asia. China has invested particularly heavily in both Pakistan and Tajikistan, which represent important elements of two key BRI corridors. But they also share long and porous borders and ethnic and tribal links with Afghanistan and are acutely vulnerable to instability in Afghanistan.

China also sees Afghanistan as important to the security of its Xinjiang region because Afghanistan has long been used as a refuge by Uyghurs fleeing persecution in China, and also reportedly as a base by Uyghur militants.

While the form and substance of Beijing’s Afghanistan strategy are still taking shape, it will likely focus on drawing whoever is in power in Kabul into its orbit through targeted financial support and investment. Beijing may want to avoid undertaking any heavy lifting on Afghan security, but it will probably act to limit any instability or threats arising from the US departure that would impinge upon Chinese security interests or regional BRI investments.

Beijing has long demonstrated a willingness to play both sides of the Afghan divide. In 2018, it emerged that a Chinese delegation to Kabul had gained agreement from the government of President Ashraf Ghani to construct a Chinese military base in north Afghanistan. In 2020, it was reported that Beijing had entered into negotiations with the Taliban, promising ‘sizable investments in energy and infrastructure projects’—including motorways linking Afghanistan’s main cities and projects involving electricity generation and oil and gas transportation—in return for ‘peace’. And in late 2020, Beijing’s relationship with Kabul was rocked by revelations of a Chinese intelligence operation working with the terrorist Haqqani network—a close Taliban ally that maintains links with both al-Qaeda and Islamic State—to hunt down Uyghurs in Afghanistan.

China’s interaction with the Taliban and the Haqqani network also suggests that Beijing has long understood what Washington has refused to admit: that the US’s rapid drawdown will inevitably lead to a Taliban ascendency in Afghanistan. This has been reinforced by the Taliban’s gains in the past two months. Between 1 May and 13 June 2021, the group increased its share of territory under its control from 73 districts to 223. The number of government-controlled districts has correspondingly declined from 115 to 73, and the Taliban are currently contesting control of a further 111 districts.

Beijing has also offered to facilitate a new peace process involving the Afghan government and the Taliban, and has lobbied for a new UN assistance mandate for Afghanistan to succeed the mandate that expires in September 2021. As Brahma Chellaney noted in a recent piece, however, Beijing may favour the Taliban and use the lure of international recognition and economic aid to cement its relationship with a future Taliban government.

Beijing appears confident that it has the skills to navigate the volatile political and security situation in Afghanistan. An opinion piece in the Global Times—the mouthpiece of the Chinese Communist Party—said that China can’t ‘sit idle and keep itself out of Afghan affairs’, arguing that ‘compared to other powers, China has the ability to get involved in Afghan affairs without becoming entangled in it’. If this comment reflects the thinking of the Chinese leadership, it demonstrates a wicked combination of hubris and naivety that may lead to miscalculation.

Events in Afghanistan already appear to be escalating faster than anticipated and may defy Beijing’s ability to step into the role of peacemaker. The conflict is also threatening to draw in Afghanistan’s neighbours. Tajikistan is already dealing with an influx of Afghan refugees, including Afghan National Security Forces, and has effectively lost control of its border with Afghanistan. It has mobilised 20,000 troops on its border and called for support from Collective Security Treaty Organization members, which include Russia.

These events clearly cut across Beijing’s interest given that Tajikistan is of great strategic importance to it. China already maintains a military base on Tajik soil and the rapidly deteriorating situation in Afghanistan may force Beijing to commit to a more direct role in the region, including through the deployment of peacekeepers in Afghanistan.

While the Taliban currently appear amenable to Beijing’s overtures, there’s no guarantee that they’ll continue to be once the US is fully out of the picture, even if Beijing delivers on its investment promises. Over time, China will likely come to be viewed as yet another meddling imperialist power exploiting Afghanistan’s suffering for its own benefit.

And while the Taliban have turned a blind eye to China’s persecution of its Turkic Muslim minorities, it’s plausible that grassroots resentment over this issue may become more prominent over time. In addition, the Taliban aren’t the only militant Islamist group active in the region. Groups such as Tehrik-e-Taliban Pakistan and Islamic State have already indicated their intent, in actions and in words, to attack Chinese interests in the region.

The deteriorating security situation in Afghanistan has significant ramifications for China’s regional interests. Despite Beijing’s belief that it can engage with Afghanistan on its terms and at arm’s length, it’s likely that China will soon find itself deeply entangled in post-US Afghan affairs. As demonstrated by the experience of other ‘imperialist powers’ that dared to step into the Afghan cauldron, this rarely ends well.

Connor Dilleen has worked for the Australian Department of Foreign Affairs and Trade and the Office of National Assessments.

This article first appeared at the Australian Strategic Policy Institute.