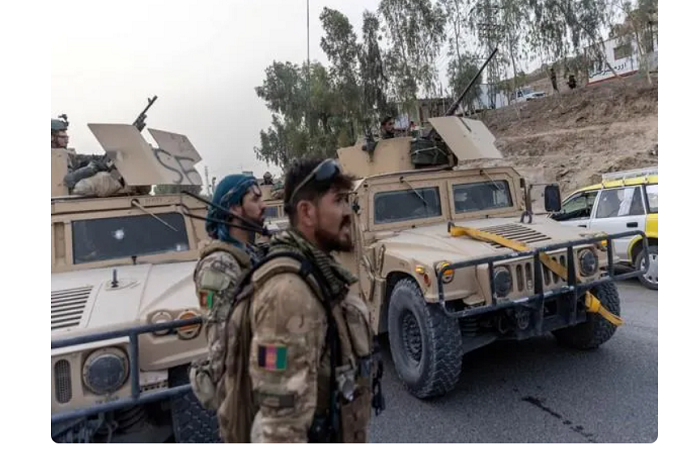 According to ToloNews, fighting between the Afghan forces and Taliban continues in 15 provinces including Taluqan city, Maimana city, Kandahar and Ghazni provinces.

There are reports that the Taliban has taken over Dand district in the southern province of Kandahar.

"This war is not only the Taliban war, but it is a great conspiracy of the region, we will fight against it," said Khair Mohammad Taimoor, police commander of Takhar.

"The enemy suffered casualties and retreated. We cleared surrounding areas of the city," said Fida Mohammad, the commander of Afghan Special Forces in Takhar.

According to the Afghan Ministry of Defence (MoD), 284 Taliban terrorists were killed and over 200 were wounded in different parts of the country in the past 24 hours.

"Fighting is underway in the suburbs of the city, the people in Taluqan city are in fear during the nights," said Arian, a resident in Taluqan city, the centre of Takhar province in northern Afghanistan.

"We call on the government to take Takhar out of this chaos," said a resident of Taluqan Ahmad Zia.

Meanwhile, residents in Faryab have also expressed concerns over the fragile security situation.

"The situation in Faryab is very critical, unfortunately, 14 districts of Faryab have collapsed," said a resident in Faryab Khairullah Shuja.

"The situation is very tense, the war rages on inside the city," said a local in Maimana Jawed.

Afghanistan has witnessed a surge in violence as the Taliban have intensified their offensive against civilians and Afghan security forces with the complete pullback of foreign forces just a few weeks away.

Last week, the Afghanistan government had said that the fall of key dry ports has disrupted exports and imports, imposing negative impacts on the country's economic activities.