Simon Dring, a British journalist and ‘friend’ of Bangladesh, no more 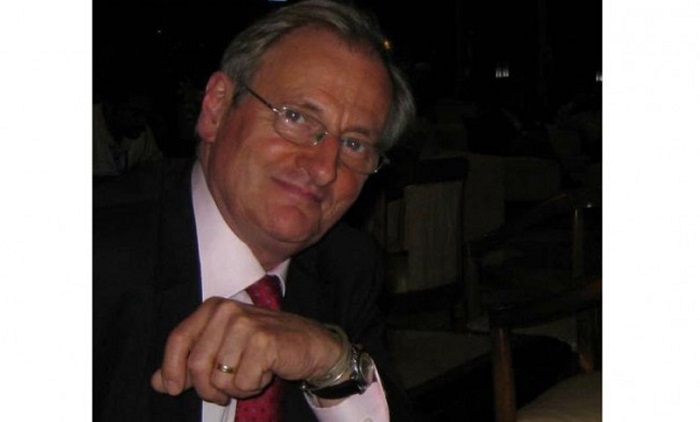 Simon Dring, an eminent British foreign correspondent, television producer and presenter, passed away while undergoing treatment at a Romania hospital on Friday at the age of 76.

He is survived by his wife Fiona McPherson, an Australian human rights lawyer, and three daughters, relatives and a host of admirers and well-wishers.

Simon Dring, a “true friend” of Bangladesh, covered the horrors of Bangladesh’s war of independence from Pakistan in 1971.

He was among about 50 foreign journalists confined to their hotel, the Intercontinental, in Dhaka on Mar 25, 1971.

In a condolence message, the minister said Dring was the first foreigner journalist to witness the mass killing in 1971. He wrote reports risking his life and informed the world about the most gruesome and merciless acts by Pakistani forces, he added.

Hasan said the contribution of Dring, who was awarded Muktijuddha Maitree Sammanana by Bangladesh government, will ever be remembered.

In separate messages, they prayed for eternal peace of the departed soul and conveyed deep sympathy to the bereaved family.

Born on January 11, 1945, Simon John Dring worked for Reuters, The Daily Telegraph of London, and BBC Television, Radio News, and Current Affairs, covering over 30 years major stories and events, including 22 wars and revolutions, around the world, according to Wikipedia.

He was the first foreign journalist who risked his life to present the real picture of Pakistani army’s mass killings and barbarity on unarmed Bangalees to the world community in 1971.

Dring began his career as a journalist at the age of 18 when he travelled to the Far East and joined the Bangkok World Newspaper as a feature writer. He later went on to report on the beginning of the Vietnam war, reporting for Reuters and other news organisations.

In 1997, Dring joined with partners in Bangladesh to develop, license, and build Ekushey Television, the first private, commercial terrestrial and later satellite TV channel in Bangladesh.

As Joint Managing Director of ETV (working with Farhad Mahmud, son of the ETV Chairman, the late A. S. Mahmud), Dring helped create a vision for ETV that was as much about news and education as it was about entertainment.

He also had a wide range of experience in many areas of television broadcasting development and management and designed and produced global television events.

Dring got his first media job in early 1963, at the age of 18, working as a proofreader and feature writer for the Bangkok World newspaper in Thailand.

In 1964, at the age of 19, Dring was a freelance reporter for the London Daily Mail and The New York Times in Laos, before moving to Vietnam at the end of 1964, where he covered the war for two years for Reuters as their youngest staff correspondent at the time.

His journalistic career continued through the 1970s, 1980s, and 1990s as a staff correspondent for Reuters, The Daily Telegraph, and BBC TV News, as well as a freelance reporter and producer for, among others, The Sunday Times, Newsweek, and BBC Radio News.

Over the past few years, Dring continued with his work in television and journalism in a number of countries, including consultancies in Australia and, more recently, in Bangladesh again, for a number of different satellite networks, including chief broadcast advisor for the design, development, launch, and management of Jamuna Television.