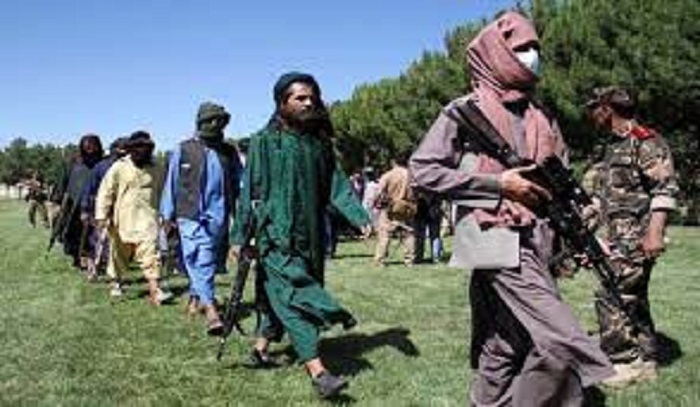 With the Taliban being joined by Pakistanis in Afghanistan in large numbers, their fighters have been instructed by the Inter-Services Intelligence (ISI) to target the Indian-built assets in the war-torn country, over the last many years.

The Indian government has invested over $3 billion in the Afghanistan reconstruction effort since the last two decades and the 218-km road between Delaram and Zaranj Salma dam; and the Afghan Parliament building which was inaugurated in 2015, are the biggest symbols of Indian contribution for the Afghan people.

As per estimates and inputs, more than 10,000 Pakistanis have entered the war zone in Afghanistan to openly support the Taliban's offensive against the Ashraf Ghani-led Afghanistan government.

As per inputs, the Pakistani and the Taliban fighters there have been sent in with specific instructions to target the Indian built assets and remove any signs of Indian goodwill work there, government sources monitoring Afghanistan told ANI here.

India had made an immense contribution towards the education sector in Afghanistan and had played a big role in training their teachers and support staff.

The Pakistan-backed Islamic terrorist groups including the Haqqani network have been highly active for years against India there.

The Indian side is also in a fix on the issue of whether they would be allowed to retain its presence in Kabul as so far no assurance or indication has been given by the ultra-radical Islamist group which has been seen as opposed to India.

Indian agencies are also closely monitoring the situation at the Kabul airport which is not going to be under American guard for very long now. Many airfields under Americans including the Bagram air base which have been vacated due to the ongoing power tussle with the Taliban.

The Indian workers involved in civil works have also been asked to move out. Indian public sector company WAPCOS had some officials there for dam projects. India had recently also announced works worth around $350 million including the Shahtoot dam for providing drinking water to the city of Kabul.