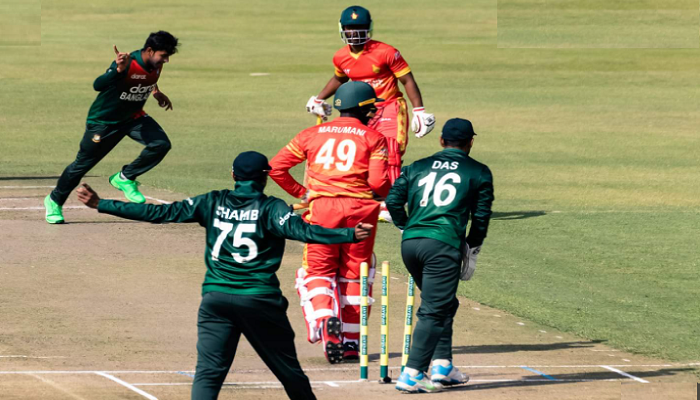 The three-match T20 series between Bangladesh and Zimbabwe has been rescheduled, the governing body of cricket in Zimbabwe confirmed Monday.

Both participant boards have agreed to bring forward the three-match T20 series between their senior men's national teams in Harare, according to Zimbabwe Cricket.

Zimbabwe Cricket and Bangladesh Cricket Board agreed to adjust the fixtures to address the scheduling and logistical challenges that the tour's broadcast production company was facing.

The third and final ODI match between Zimbabwe and Bangladesh – a series that is part of the ICC Men's Cricket World Cup Super League – will proceed as planned this Tuesday at Harare Sports Club.

Bangladesh-Zimbabwe series began with a one-off Test. Bangladesh won the match by 220 runs. The Tigers also won the ODI series with one match to spare.