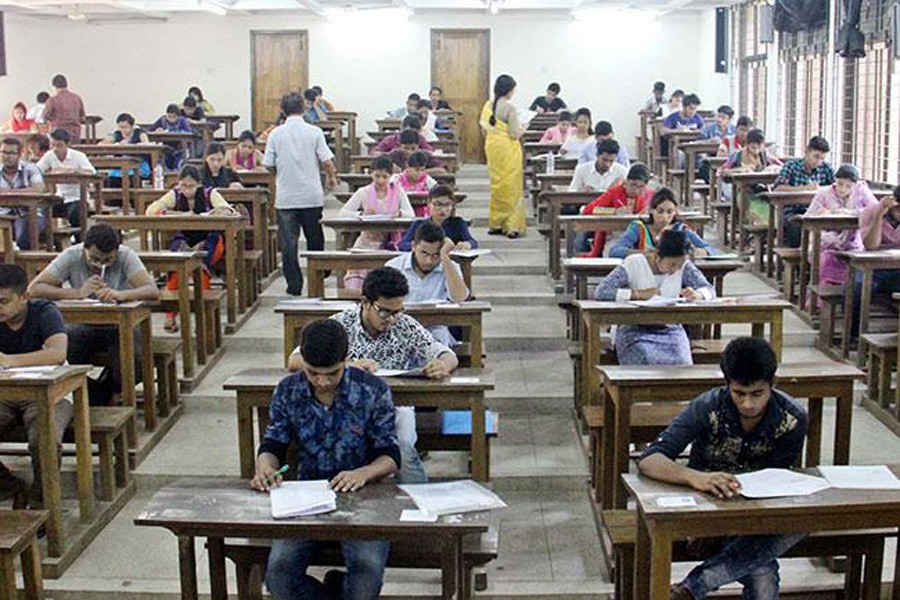 A recent survey revealed that 52.7pc students of Dhaka University (DU) are interested to take part in final exam online.

On the other hand, 45pc of the students said that they are not interested in online final exam.

The Social Science Research Team of Dhaka University Research Society (DURS) conducted the survey online where 3,730 students expressed their opinion. The study was conducted from June 1 to June 15.

Of the students, 87.4pc preferred taking part in the exam through assignments. 21.1pc opined for Open Book Exam, 19.6pc for MCQ, 19.4pc Short Quiz, 5.4pc for Full Question while only 4.2pc students were interested exam through Live Video.

In addition, of the students who are reluctant to take part in the final examination online, 52.3pc of them are interested in sitting for the exam in person and 16.1pc are in favor of auto-promotion.

The survey also revealed that the syllabus of 53.7pc of participants was yet incomplete although online classes were being conducted.

Only 2.7pc of the students were satisfied with the online classes whereas 46.7pc of them were highly dissatisfied.

Besides, when the students were asked if their syllabus was completed through online classes, 46.3pc of them replied "Yes" whereas 53.7pc of students stated "No".