Tigers eye clean sweep as they 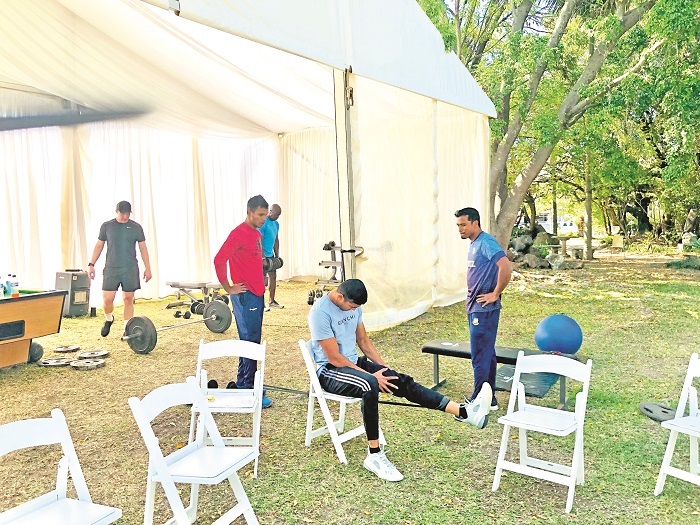 Bangladesh will be relieved as their ace all-rounder Shakib Al Hasan indicated of regaining his form with the willow in the second match of the ODI series and they will now take on Zimbabwe in the series-concluding third game in Harare on Tuesday.

Shakib, who was struggling with the bat since returning to competitive cricket after completing his one year ban imposed by ICC for failing to report corrupt approaches, came up with a match-winning knock in the second match to help the tourists clinch the series with one game in hand.

Shakib made unbeaten 96 runs to bail out his team after being pushed back by the hosts during their chase where they were reduced to 74-4.

However, the left-handed batsman decided to raise his hand by taking all the responsibility on his shoulder that helped the Tigers clinch their first ODI series win in Zimbabwean soil after 2009.

Shakib, who was failing to score runs both at domestic and international circuit, despite trying everything possible preparation wise to make sure that he can dictate terms in the middle like the way he did in the past before being thrown into the wilderness by ICC.

Shakib, who batted with a lot of aggression since returning to competitive cricket after serving the sanction, looked determined to get into his own zone by playing adventurous shots more too often that seemed directed towards the purpose of releasing his inner pressure as doubts were raised over his potential due to his prolonged bad patch.

Shakib decided to change his batting approach and focused on staying at the wicket instead of playing his natural game that usually consists of some over the top stroke play and it looked to serve his purpose against the hosts at the Harare Sports Club.

However, the tourists still need to make sure that their batting unit starts to focus on not repeating the mistakes that literally ruined the hard work of their bowling unit.

The bowlers as a unit managed to show promise in both the matches played so far but still they can’t afford to relax as it made them pay in the recent home series against Sri Lanka that saw them lost their last game after clinching the series by winning the opening two matches.

The loss against Sri Lanka certainly hurt the Tigers as they were aiming to earn the full 30 points from the series as it was part of the ICC World Cup Super League.

Bangladesh are in a similar position in the ongoing tour against Zimbabwe and their not managing to earn 30 points from the series will certainly hurt them even more as they are well aware that all these points will matter if they want to qualify directly in the next ICC World Cup.

Currently, Bangladesh are in second place but there’s still plenty to play for tourists in the series as they will look to grab those crucial ODI Super League points.

Bangladesh confidence will certainly be bolstered with Shakib picking wickets and more importantly back into scoring runs but their middle order was exposed in the last game despite chasing a target of 241 runs.

Bangladesh T20 skipper Mahmudullah will be eyeing to make his 200th ODI memorable as he will be the fifth cricketer of the country to achieve the milestone.

Bangladesh skipper Tamim Iqbal is well aware that they can’t get complacent by clinching the series as they still have a job in hand and he didn’t also hide his disappointment with the performance of his batting unit in the last game.

Tamim was frustrated with the soft dismissals considering the visitors were lucky to have some valuable contribution from number nine Mohammad Saifuddin, who scored unbeaten 28 runs.

Bangladeshi batsmen need to come up with a unified effort quite similar to the way their bowling unit is performing as it can help them end the series on a high note as they have a lot of positives to take from the series that includes Shakib shining with both the bat and the ball.