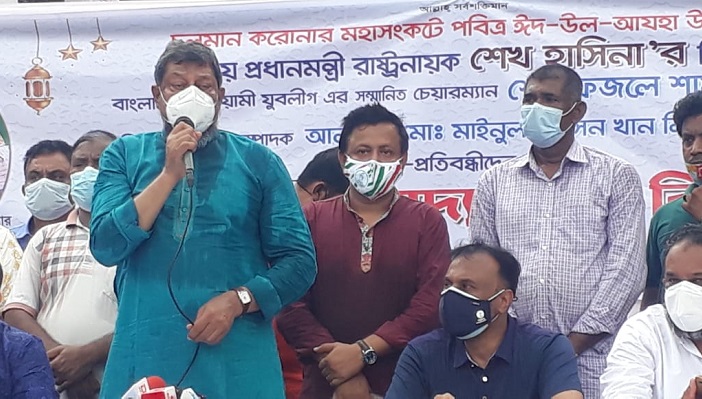 Jubo League, an associate body of the ruling Awami League, has distributed financial assistances, clothes and food items among over 1,000 families with deaf and disabilities.

The youth organization on Monday distributed such assistances among the people as per the directives of Prime Minister Sheikh Hasina to standby the helpless affected by the coronavirus pandemic.

Addressing the function, Nikhil said that a vested quarter is busy in hatching conspiracy instead of standing by the people.

“They never stood by the people, rather they burnt people to death,” he said.

Mentioning that there is another quarter -- members of civil society-- those who are busy in making criticism only, Nikhil urged all to remain vigil against such quarters as they never stood by the people amid the crisis.

“We -- the leaders and activists of the Jubo League -- will remain in service for the people,” he said.