Security beefed up at Kolkata airport following bomb threat; later turns out to be hoax 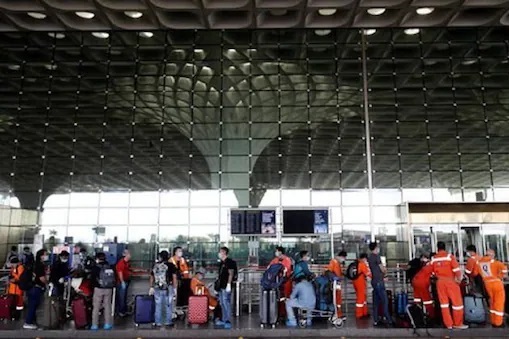 Security was beefed up at Kolkata airport and 145 passengers getting off an Emirates flight from Dubai underwent additional frisking following a bomb threat alert received by the Air Traffic Control at Kolkata airport on Sunday morning that read: “There may be Bomb threat from the aircraft originating from Dubai. Those flights need to be monitored closely.”

However, after a thorough check of the flight as well as the passengers, airport authorities allowed the aircraft to fly back to Dubai as cops and officers engaged with airport security termed the threat to be a hoax. However, cops said they are trying to track down the origin of the message. A similar threat was received by Mumbai airport on Saturday morning which had also turned out to be false.

On Sunday, the airport’s Air Traffic Control (ATC) in Kolkata received the alert from Military Liasoning Unit (MLU) in Kolkata. It did not specify if the flight was to land in Kolkata or overfly the city towards China or a country in South East Asia. While an Emirates flight from Dubai was headed to the city around that time, there were others that were scheduled to overfly Kolkata.

“The alert came at 7.30am. We immediately alerted the airport manager, the operations general manager and headquarters in Delhi. A Bomb Threat Assessment Committee (BTAC) was convened to assess the threat and check if it was specific or non-specific,” an ATC source said. With the Emirates flight EK 570 from Dubai set to land in Kolkata at 8.05am, it triggered hectic activity.

Meanwhile, at 7.55am, the MLU called the ATC again and announced the threat cancellation. But the BTAC – comprising of CISF, airport officials, airline security and Bidhannagar police -- decided to go ahead with the search of the aircraft. The luggage carried in by the 144 passengers were scanned and the aircraft searched for possible explosives. However, nothing was found. The return flight EK 571 then took off at 10.06am with four passengers, all expatriates.

Dubai and the rest of Emirates are yet to remove India from the red list and hence Indians are not allowed to travel between India and Dubai.