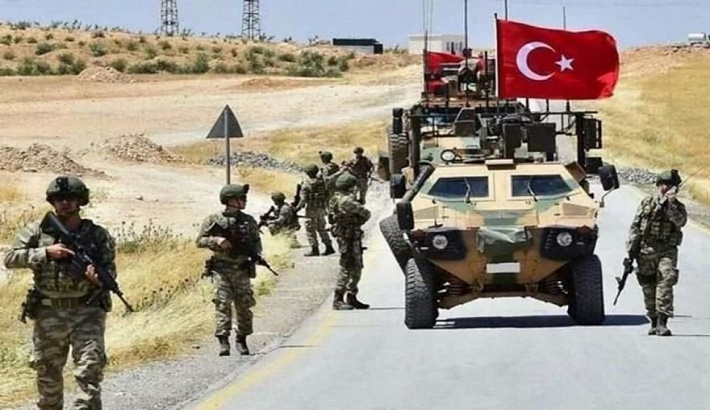 Security official on the condition of anonymity has told BBC Turkish that the threat of the Taliban to treat Turkish troops as occupiers is not being taken seriously.

Th official has added that Turkey does not have the purpose of invading Afghanistan and the threats by the Taliban are symbolic.

Turkey has decided to leave up to 500 troops to secure Hamid Karzai International airport to protect the international diplomatic mission in the capital, Kabul.

Taliban in a statement threatened Turkey to be treated as invaders in case it leaves its troops in Afghanistan. The Taliban statement reads that there will not be interference in other countries’ affairs by them and will not allow others to meddle in Afghanistan’s affairs.

US currently has nearly one thousand men in service who are in Kabul for protecting international organizations and embassies and will be withdrawn once the Hamid Karzai International airport security is handed over to Turkish troops. The UK too announced to leave 100 troops for the same purpose.

The Taliban has often said the international personnel and embassy will not be targeted in Afghanistan.