Pilots didn’t give any ultimatum to call strike: Biman CEO 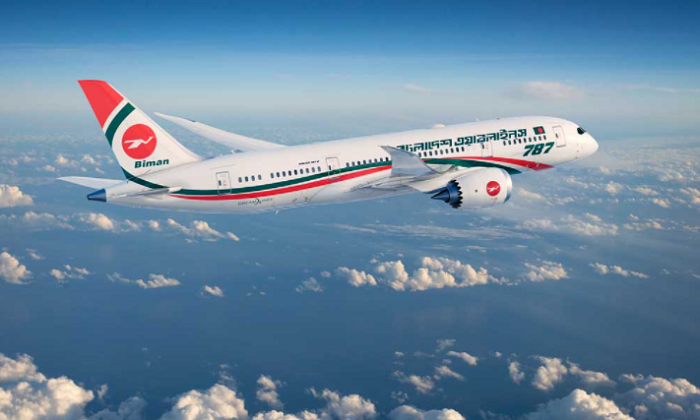 Biman Bangladesh Airlines Managing Director and CEO Dr. Abu Saleh Mostafa Kamal has urged all passengers not to heed any misinformation about pilots’ strike as the cockpit crew members didn’t give any official ultimatum to call any walkout over discontentment for salary cut.

“In an official letter, they (pilots) showed their discontentment over continuation of salary cut but didn’t give even hint that they may go for any strike over the issue,” he told journalist in an exclusive interviewed today.

However, some media referring to the BAPA leaders reported that Biman’s pilots would go for a strike if their salaries, which had been cut due to Covid outbreak fallouts, were not readjusted to regular ones by July 30.

Saleh said such kind of remarks made by pilots in media tarnished Biman’s commercial interest as the airlines has started receiving a large number of cancellations of tickets on various routes, mainly to the Middle Eastern destinations.

“I can say for such kind of reaction made by the pilots, Biman has lost not less than Taka seven crore in last two days,” he said.
Compared to last year’s, the Biman’s Managing Director said, salary of pilots is rather increased while the state-owned carrier is trying hard to recover from financial tailspin due to the pandemic.

Due to the pandemic fallout, since July last year, Biman was forced to cut salaries of its all employees including pilots and had to reduce its maintenance and operational costs.

On Thursday last, the airlines decided to restore its normal salary structure for employees except for the senior pilots who have been serving in the airlines more than five years.

Revising salary-cut structure for the senior pilots, Biman said, it would be a 5 per cent salary cut from July instead of the existing 20 per cent cut for the pilots serving between five years and 10 years and 25 percent instead of current 40 percent wage deduction cut the cockpit crew members serving more than 10 years.

After knowing the decision, the Bangladesh Airlines Pilots’ Association (BAPA) sent a letter to Biman’s Managing director expressing their disappointment and urged the airline to refrain from salary cut.

As per the decision, Biman’s Managing Director said, 69 out of Biman’s total permanent 157 pilots have returned to their normal salary structure.

“We will stop salary cut for other senior pilots as soon as Biman will get back its normal cash flow,” Saleh said.

However, BAPA President Captain Mahbubur Rahman claimed that the number of pilots, whose gross salaries have been returned to normal structure, would not be more than 20.

Rahman told BSS that BAPA didn’t say to media that it would go for strike after July 30. “But we have taken a decision that we will go as per our “flu by book” and not to do any extra hour work after July 30,” he clarified.

However, the BAPA president said, the Biman’s pilots will operate emergency flights for carrying medical equipment, medicines, vaccines amid the pandemic even if it requires extra hours.

Meanwhile, in a statement, the Biman authorities said any individual pilot may stop flying and Biman management would take all administrative measures for any unlawful act by any corner.

The Biman management would take all actions to keep the airline afloat, it added.

The Biman management has slashed salaries of not only pilots but of all of its employees in different percentage based on their actual salaries.

In Covid-19 situation, most of the reputed airlines simply declared some pilots redundant, some pilots were sent on leave without pay and salary was also affected for many pilots.

Biman never terminated any of its pilots during Covid-19. Many pilots received the salaries even without generating single flying hour and many of them generated only couple of hours during the initial months of Covid-19, the Biman authorities said.

However, as the situation started improving, Biman also kept reducing the pay cut starting from the lowest pay group of employees, they added.