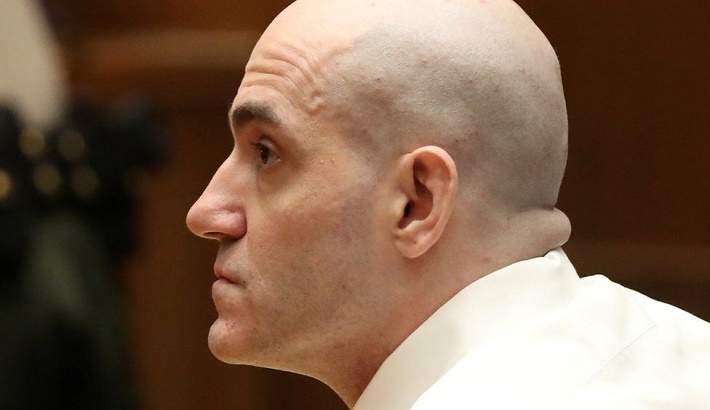 A convicted murderer nicknamed the "Hollywood Ripper" has been sentenced to death for the killings of two women in the 2000s.

Relatives of his victims wept as a judge gave Michael Gargiulo the sentence in Los Angeles on Friday, BBC reported.

In 2019 Gargiulo, 45, was convicted of two counts of murder and one count of attempted murder.

He pleaded not guilty to all charges and again insisted he was innocent at Friday's sentencing.

The case attracted global attention because one of the victims, Ashley Ellerin, was about to go on a date with American actor Ashton Kutcher.

Testifying at the trial, he said he had knocked on the door of Ellerin's Hollywood home on the night she was killed.

When she did not answer, Kutcher looked in her window and saw what he thought were wine stains on the floor, he said.

Ellerin, 22, was found dead in her Hollywood home the next day with 47 stab wounds in February 2001.

During the trial Kutcher told the court he was "freaking out" when he learned that Ellerin had been killed.

The second murder victim was Maria Bruno, a 32-year-old mother-of-four. She was a neighbour of Gargiulo, who "quite literally butchered" her with a knife while she slept in December 2005, prosecutors said.

Michelle Murphy, the 26-year-old woman Gargiulo attempted to murder in 2008, survived and testified against him in court.