UK looks to extend ivory ban to hippos and other animals 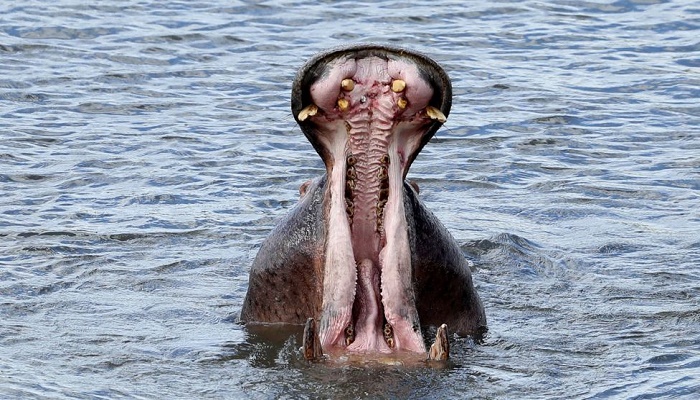 Hippos, walruses and whales could receive greater legal protection under UK government proposals to crack down on ivory poaching.

Ministers want to extend the Ivory Act because they say elephants are not the only animals at risk.

Conservationists have welcomed the move as sending a "clear signal to the rest of the world".

Boris Johnson has previously announced that funding to tackle the illegal wildlife trade will be increased.

The Ivory Act, which gained Royal Assent in 2018, will introduce a near total ban on the import, export and dealing of items containing elephant ivory in the UK, but it has not yet become law.

Now the environment department says it needs to go further.

Under the new plans - which open for public consultation on Saturday - it would be broadened to cover other animals facing threats from hunters.

Ministers say hippos are also at risk from poachers, while killer whales and sperm whales are targeted for their teeth and narwhals and walruses for their tusks.

The consultation puts forward three options: retaining the current ban on elephant ivory in the UK only, extending the Act to hippo ivory only, and extending it the five listed species.

International Environment Minister Lord Goldsmith said: "The Ivory Act is one of the toughest bans of its kind in the world and sends a clear message that we are doing all that we can to save elephants from the threat of extinction.

"However the ivory trade is a conservation threat for other magnificent species such as the hippo, narwhal and walrus that are at threat.

"So I urge everyone to share their views to help ensure we can protect more animals from the grim ivory trade."

Dr Mark Jones, head of policy at the Born Free Foundation, said: "Closing down elephant ivory markets is an essential step towards securing a future for elephants.

"However, by focusing only on the trade in elephant ivory, other ivory-bearing species could suffer as ivory traders and consumers turn to alternatives.

"By taking this step, the UK can send a clear signal to the rest of the world that killing animals to carve ornaments from their teeth is not acceptable in the 21st century."

The prime minister has previously announced that funding to tackle the illegal wildlife trade will be increased as part of the £220 million International Biodiversity Fund.