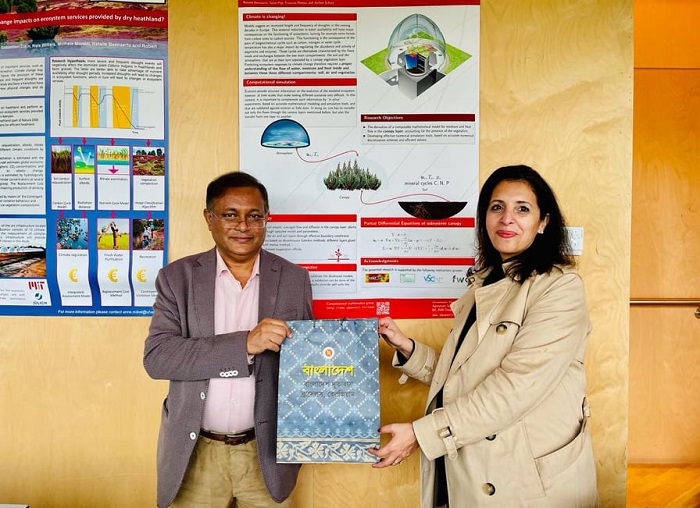 Information and Broadcasting Minister Dr Hasan Mahmud, who is currently visiting Belgium, had a meeting with Climate, Environment, Sustainable Development and Green Deal Minister of the Kingdom of Belgium Ms Zakia Khattabi yesterday.

During the meeting, they discussed the issue of potential cooperation in the area of climate change, research, education and other issues between Bangladesh and Belgium, said a release.

The ministers also visited the Centre for Environmental Science of Hasselt University in Maasmechelen at the invitation of the Rector Professor Bernard Vanheusden.

The rector and the director of the centre Professor Robert Malina gave detailed briefings about the university and the centre and the ongoing research projects.

A number of faculty members and researchers participated in the interactive session, the release added.

Later, they visited Ecotron, a large-scale research infrastructure that allows exposing large ecosystem samples, where researchers briefed them about different research programmes and their outcomes.

Bangladesh Ambassador to Belgium and Luxembourg and Head of Mission to the European Union, Mahbub Hassan Saleh and Second Secretary of the Embassy Md Rejaul Islam accompanied the minister.