Prime Minister-designate steps down in Lebanon after just nine months 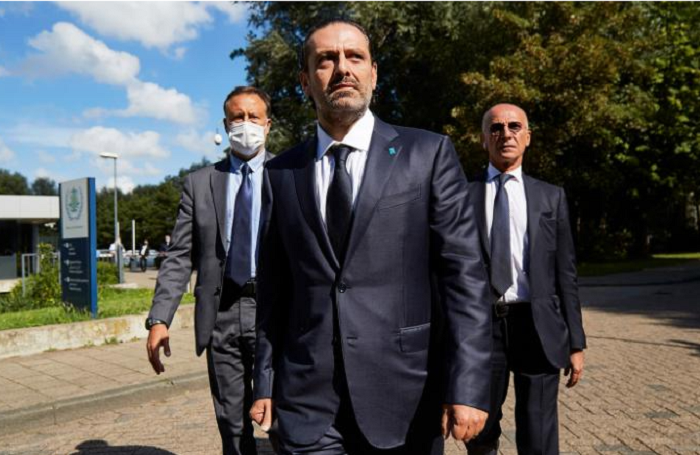 Lebanon's Prime Minister-designate Saad Hariri has stepped down nearly nine months after he was tasked with forming the crisis-ridden country's next government.

On Thursday, Hariri told reporters that President Michel Aoun had not accepted his latest Cabinet lineup less than 24 hours after the three-time prime minister submitted the proposal.

"During the conversation we proposed that the president take more time to think about the proposal, and (Aoun) said that it looks like we're not going to agree," Hariri told reporters following the 20-minute meeting.
"For that reason I have stepped down from forming the government. God help this country," he added.

In a statement, the Lebanese presidency office cast doubt on Hariri's willingness to form a government.
According to the statement, Hariri refused Aoun's request for amendments to the proposal and added that Hariri's ruling out of further discussion indicated that he had already "taken a prior decision to resign."

Prior to the meeting, Aoun received a joint message from US Secretary of State Antony Blinken and French Foreign Minister Yves Le Drian calling on him to expedite the government formation, according to a statement from Aoun's office. The message was submitted through US ambassador to Beirut Dorothy Shea and French ambassador Anne Grillo.

The Lebanese lira, which has lost more than 90% of its value in less than two years, fell in value within minutes of Hariri's resignation announcement. The country's currency has been in freefall since a popular uprising against Lebanon's ruling elite gripped the country in October 2019.

Protesters took to the streets shortly after Hariri's announcement, blocking major highways and clashing with security forces. In the southern city of Tyre, some youths have vandalized restaurants and cafes and driven customers out, according to Lebanon's National News Agency.

Lebanon has not had a government since caretaker Prime Minister Hassan Diab stepped down in the wake of the August 2020 Beirut port explosion which killed over 200 people and injured thousands. The vacuum has exacerbated a financial tailspin and a rapid decay of the country's infrastructure, which has seen power outages that sometimes exceed 22 hours a day.


Despair and anger
Aoun, whose political party controls the country's largest parliamentary bloc, has been at loggerheads with Hariri over the Cabinet formation.

The political infighting has fueled feelings of despair and anger towards Lebanon's ruling elite on Lebanon's streets. Many Lebanese have grown increasingly frustrated with what is viewed as business-as-usual political wrangling in the face of a growing economic catastrophe.

In a December 2020 report, the World Bank dubbed Lebanon's economic crisis a "deliberate depression" in which government inaction exacerbated the effects of the financial crisis.