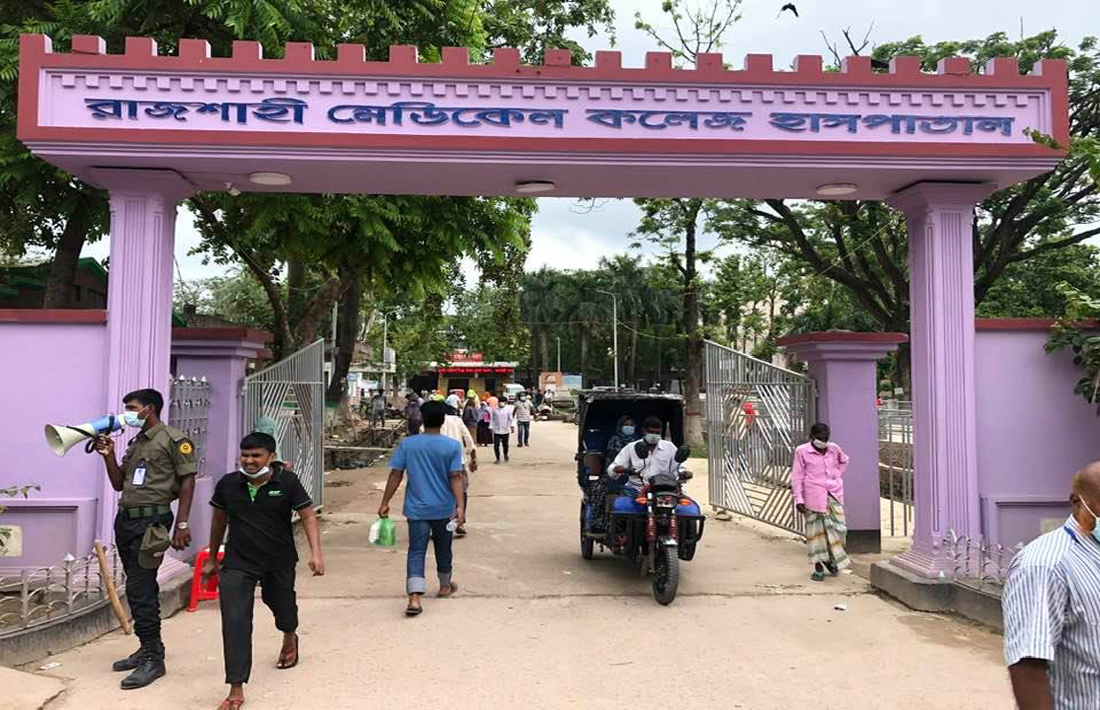 A number of 15 more people, including four female, died at Covid-19 unit of Rajshahi Medical College and Hospital (RMCH) during the last 24 hours till 6 am on Friday, taking the death toll to 282, so far, this month.

RMCH Director Brig Gen Shamim Yazdani told newsmen that 10 of those were the residents of Rajshahi, followed by two from Natore and one each from Naogaon, Pabna and Meherpur districts. They were aged between 21 and 65, he said.

Yazdani said the hospital also had counted 25 fatalities caused by Covid-19 on July 14 and June 29 last since the pandemic began.

Some 61 more patients were admitted to the designated wards of the hospital afresh during the time, taking its number to 498, including 242 tested positive for Covid-19. Another 20 patients are undergoing treatment in the Intensive Care Unit (ICU) of the hospital.

Demand for oxygen has gradually been rising for the last couple of months in the wake of escalation of patients in the hospital.

At present, over 8,000 liters of oxygen are being supplied to the Covid-19 patients every day on an average in the hospital but the daily oxygen demand was only 2,500 liters in around two months back.

But, the oxygen demand has gone up by around 3,000 liters, particularly in the last one month.