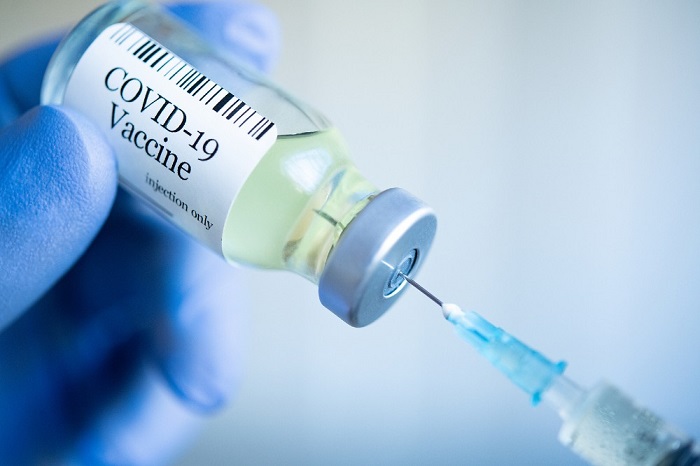 A large number of people intending to go abroad have expressed their dissatisfaction over the whole process of Covid-19 vaccine registration and shared the sufferings they have been experiencing in vaccination centres.

They said the Directorate General of Health Services (DGHS) is taking a lot of time to send SMS to the outbound workers who applied for vaccines. According to them, the DGHS is not administering vaccines giving priority on the validity of their visas or Iqamas (work permit), which is compounding their problems.

Besides, they said, there is no option for them to correct information if any worker makes any error while filling in the vaccination form.

Touhidul Alam, a Saudi Arabia-bound worker, said he spent Tk 4,000 to hire a private car amid strict lockdown to come to Dhaka from Lakshmipur’s Ramgati six days ago. He thought he would get response within two days after applying for vaccines, but he hasn’t even received any SMS on Thursday morning.

Baktiar Hossain, who is a Kuwait-bound worker, said, “Validity of my visa will expire on August 12. Despite completing all necessary procedures a few days back, I couldn’t receive my first dose of Covid-19 vaccine yet. I don’t know how I would get the second dose of vaccine within such a short period of time.”

Outbound workers registered with BMET have to pay Tk 200 for re-registration, but some of them are not willing to pay the amount. Besides, many workers have complained about the mismanagement in the vaccination centres.

A large crowd of workers on Wednesday staged a demonstration at Shaheed Suhrawardy Medical College and Hospital demanding Pfizer vaccine.

They said they came to hospital from different districts as they were asked to visit vaccination centre to receive Pfizer vaccine. But health workers told them they had Moderna vaccines.

The outbound workers present there refused to receive Moderna vaccine and protested immediately. But finally, the authorities closed the centre.

They are facing some other serious problems as well. Many of those who have already received their first dose of Covid-19 vaccine said they will have to go to their workplaces before taking the second dose as the validity of their visas or Iqamas will end soon.

They alleged that the DGHS were sending SMS to them indiscriminately without considering the validity of the visas or Iqamas. But workers would benefit if the DGHS sent SMS prioritising the workers who need to return to their workplaces on an immediate basis.

Spokesperson of the DGHS Prof Dr Md Nazmul Islam said, “I request our outbound workers to be patient. Officials need couple of days to verify information. Those who have applied through the Surokkha app will get SMS and vaccine.

“Some of them did not want to get Moderna jab initially. But now they are receiving it as Saudi Arabia and Kuwait have approved this vaccine.”

Meanwhile, around fifty workers were seen gathering in front of Probashi Kallyan Bhaban on Thursday afternoon to correct their mistakes they made while filling out their vaccine forms.

But they said no officials of expatriates’ welfare ministry or BMET provided them with any solution except for asking them to wait.

Founding Chairman of Refugee and Migratory Movements Research Unit (RMMRU) Dr Tasneem Siddiqui said that registration is taking a long time due to sudden extra pressure on the server.

“Some outbound workers are paying more than once through mobile banking due to technical glitches and they are not getting it back. A number of workers have made mistakes while filling out their vaccine forms, but there is no scope for correction,” she said.

“Video tutorials should be made to explain the registration process,” the RMMRU Chairman said, adding that capacity of the server should be expanded.