Another dead dolphin found floating in a canal in Chattogram 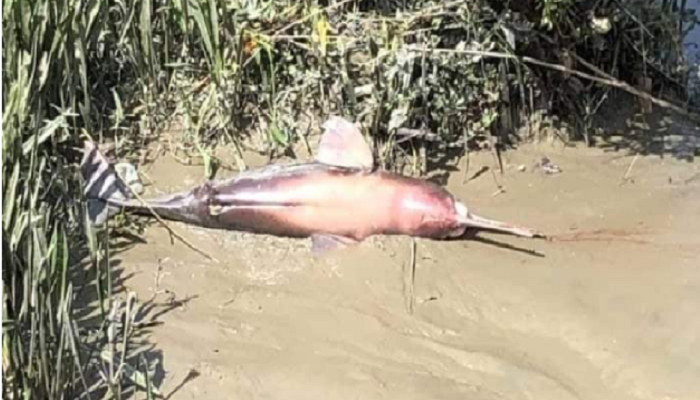 Locals on Thursday found a dead dolphin floating in the Chandaria Canal at Boalkhali upazila of Chattogram.

Local resident Yusuf told UNB that they first saw the dolphin’s carcass floating in the canal at around 11 am and tried contacting the relevant authorities.

“ It is approximately about 7 feet long and probably found its way in the canal from Karnafuli river in search of safe haven or food,” he said.

The body of the dolphin has not been retrieved yet as of filing this report on 7:10 pm Thursday.

“The body will be sent for postmortem after being recovered. The real cause of death can only be known after that,” she said.

Earlier on July 6, locals recovered a dead dolphin from Chandkhali Canal, a branch of the River Halda, at Hathazari upazila in Chattogram.