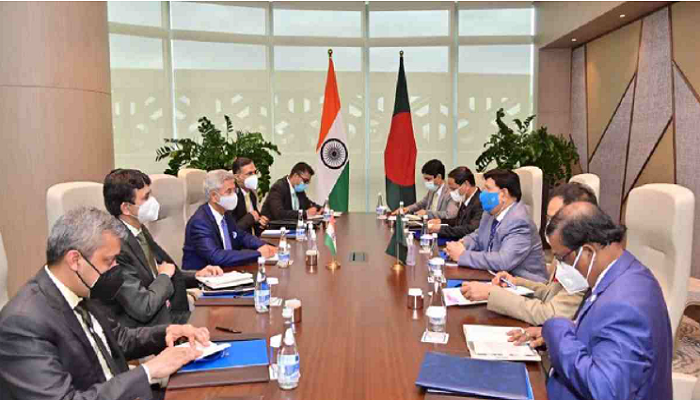 Foreign Minister AK Abdul Momen had separate bilateral meetings with his counterparts from India, China and Tajikistan at the sideline of the International Conference on “Central and South Asia: Regional connectivity, Challenges and opportunities” on Thursday (July 15) in Tashkent, Uzbekistan.

Momen and Indian External Affairs Minister S. Jaishankar discussed a range of issues including the bilateral and regional connectivity, Covid and vaccination situation in both the countries, the issue of repatriation of the forcibly displaced Myanmar nationals temporarily staying in Bangladesh as well as the cooperation of both countries in various international fora. 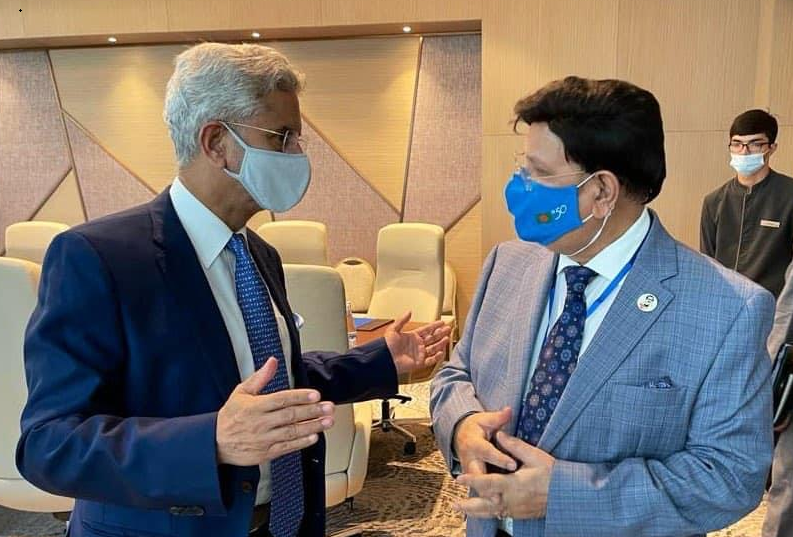 Jaishankar expressed his happiness as the supply of vaccination to Bangladesh is back in track again.

Both sides reaffirmed their commitment to further strengthening the partnership and expanding multifaceted cooperation. They also emphasized the need for resuming the activities of various joint mechanisms soon after the Covid scenario in both countries improves.

This was followed by Momen’s meeting with Wang Yi, Foreign Minister of China.

Momen thanked the Chinese government for initiating the six-party COVID consultation and expressed Bangladesh’s gratitude to the Chinese Government for standing by the people of Bangladesh at an extremely difficult time by generosity sending vaccine doses as gifts and also opening the commercial supply line.

Momen reiterated his request to initiate vaccine coproduction in Bangladesh with partnership from Bangladeshi and Chinese stakeholders. Foreign Minister Wang Yi assured him of the Chinese government’s support on this issue.

Both the foreign ministers agreed to continue to work further towards the repatriation of the Rohingyas. They also underscored the need to resume the tripartite dialogue.

During his meeting with the Foreign Minister of Tajikistan, Sirojiddin Muhriddin, Momen proposed to initiate a joint working commission to boost bilateral trade and investment. Foreign Minister Muhriddin expressed his country’s appreciation to Bangladesh for graciously hosting the persecuted Rohingya people and pledged to continue to support Bangladesh in its multidimensional efforts to repatriate the displaced Rohingyas.

Mentionable, at the invitation of his Uzbek counterpart, Momen is leading a Bangladesh delegation comprising of Bangladesh ambassador to Uzbekistan and senior officials from Dhaka to the International Conference on “Central and South Asia: Regional connectivity. Challenges and opportunities” currently being held in Tashkent, Uzbekistan. Momen will depart for Dhaka on July 18.