At UN, Pakistan pledges to work ‘hand-in-hand’ with China 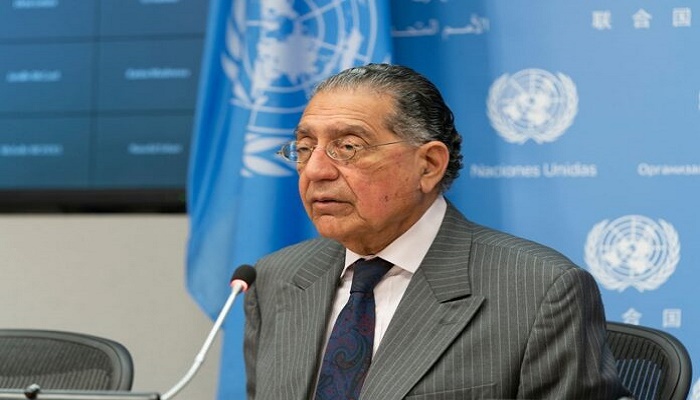 Pakistan’s permanent representative to the United Nations, Munir Akram, has said that the founding of the Communist Party of China in 1921 was a “seminal” event in world history and Pakistan and China will continue to work “hand-in-hand” at the world body to advance the noble cause of peace and development.

“Over 100 years, the CPC has led the Chinese people from the depths of poverty and despair to the heights of achievement,” the diplomat said.

“China has undergone an astounding transformation and national consolidation,” he said, hailing poverty alleviation, infrastructure construction, trade upgrading, industrialisation and technological breakthroughs as “unprecedented” achievements in the annals of history.

Pakistan’s “time-tested friendship with China,” and the China-Pakistan Economic Corridor, which is a major project of the Belt and Road Initiative, provide an enduring framework for the continued strengthening of bilateral ties, said the ambassador.

“And, our All-Weather Strategic Cooperative Partnership remains a strong anchor for peace, progress and prosperity,” he said, adding that “Pakistan will continue to work hand-in-hand with China at the United Nations to advance the noble cause of peace and development not only for our countries but for all developing countries.”