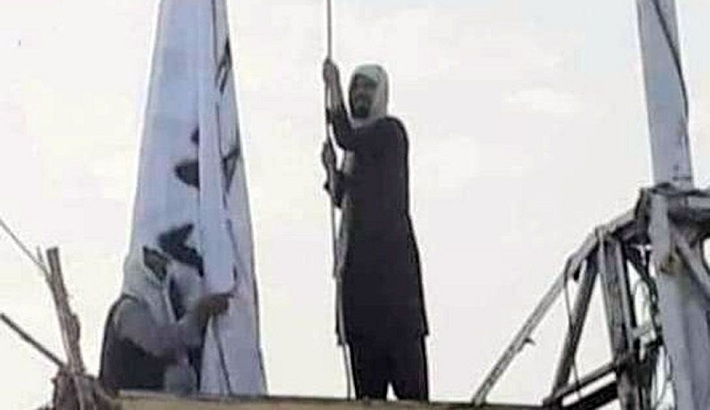 The Taliban are reported to have raised their flag above a key border post between Afghanistan and Pakistan, and claim it is now under their control.

Videos being shared on social media show the white flag fluttering above the Spin Boldak crossing near Kandahar.

Afghan officials have denied the post has fallen, although pictures on social media show the militants chatting to Pakistani border guards.

The Taliban took the border crossing with no resistance, BBC reported.

In recent weeks, the militants have made rapid advances across the country, seizing a series of border posts from Afghan forces, including crossings with Iran, Tajikistan and Turkmenistan.

It comes as the US withdraws its forces from Afghanistan ahead of an  September 11 deadline set by President Joe Biden.