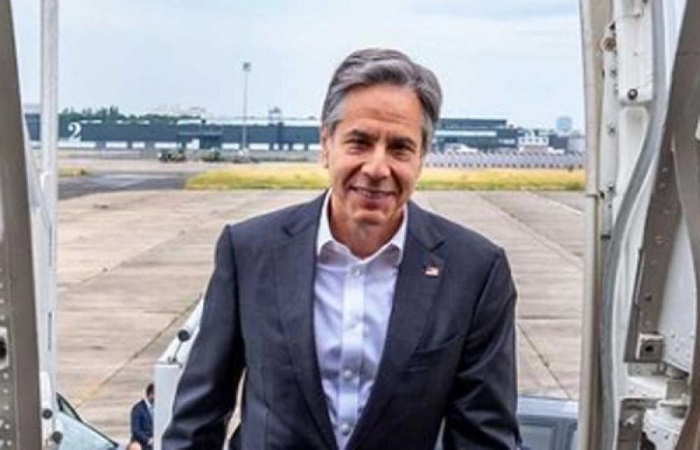 The US Secretary of State Antony Blinken has said his nation is committed to defend the Philippines against a Chinese attack in the South China Sea (SCS).

He said the US will make the move  under their Mutual Defense Treaty.

"Freedom of the seas is an enduring interest of all nations and is vital to global peace and prosperity.  The international community has long benefited from the rules-based maritime order, where international law, as reflected in the UN Law of the Sea Convention, sets out the legal framework for all activities in the oceans and seas.  This body of international law forms the basis for national, regional, and global action and cooperation in the maritime sector and is vital to ensuring the free flow of global commerce," Blinken said in a statement.

"Nowhere is the rules-based maritime order under greater threat than in the South China Sea. The People’s Republic of China (PRC) continues to coerce and intimidate Southeast Asian coastal states, threatening freedom of navigation in this critical global throughway," he said.

"Five years ago, an Arbitral Tribunal constituted under the 1982 Law of the Sea Convention delivered a unanimous and enduring decision firmly rejecting the PRC’s expansive South China Sea maritime claims as having no basis in international law.

"The Tribunal stated that the PRC has no lawful claim to the area determined by the Arbitral Tribunal to be part of the Philippines’ exclusive economic zone and continental shelf.  The PRC and the Philippines, pursuant to their treaty obligations under the Law of the Sea Convention, are legally bound to comply with this decision," Blinken said.

"The United States reaffirms its July 13, 2020 policy regarding maritime claims in the South China Sea.  We also reaffirm that an armed attack on Philippine armed forces, public vessels, or aircraft in the South China Sea would invoke U.S. mutual defense commitments under Article IV of the 1951 U.S.-Philippines Mutual Defense Treaty," he said.

Blinken said China should abide by its obligations under international law, cease its provocative behavior, and take steps to reassure the international community that it is committed to the rules-based maritime order that respects the rights of all countries, big and small.