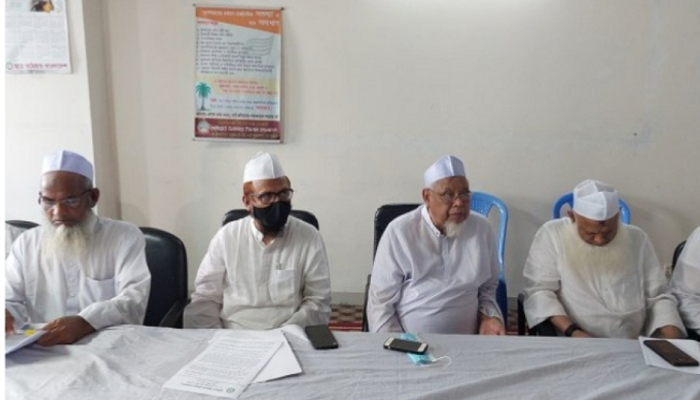 Jamiat Ulema-e-Islam, a long-time ally of the BNP, made the announcement at an emergency press conference on Wednesday.

Maulana Bahauddin Zakaria, acting secretary general of the party, made the announcement on behalf of Jamiat Ulema-e-Islam, saying it was better for them to leave the 20-party alliance. From today (July 14), Jamiat has no relationship with the alliance.

Maulana Zakaria also mentioned some reasons for leaving the 20-party alliance at that time. He said the allies in the alliance were not properly evaluated. The by-election was excluded without any consultation with the partners.

Apart from this, not protesting against the arrest of scholars, not expressing any sympathy on behalf of the BNP in the death of the late Secretary General of the Jamiat Nur Hossain Kasemi and not even attending his janaza are the reasons for leaving the alliance.

Maulana Zia Uddin Ahmed, Acting President of Jamiat Ulema-e-Islam, among others, was present at the press conference.

In addition to announcing the withdrawal of the alliance, the press conference also demanded the opening of the madrasa and ensuring a fair price for the skin of the sacrificial animal for the upcoming Eid.