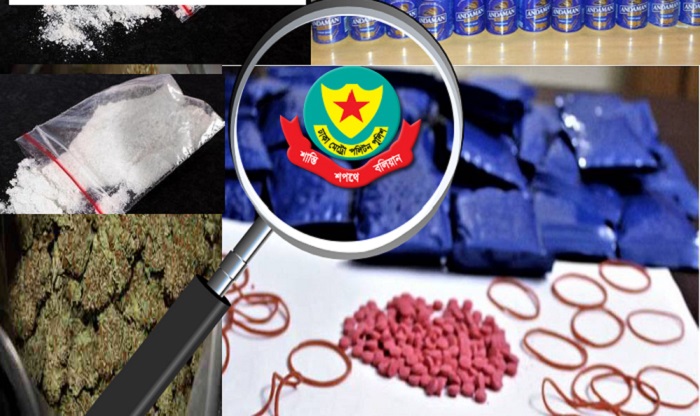 Dhaka Metropolitan Police (DMP) in different anti-drug operations arrested 38 people on the charges of selling and consuming drugs in the city.

The DMP’s police and detective units have been conducting anti-drug campaign in the city’s various areas, seizing drugs and arresting drug sellers and abusers, said a DMP statement today.

As part of the campaign, the police raided different areas under various police stations and detained 38 drug abusers and recovered drugs from their possession from 6 am on July 13, 2021 to 6 am on Wednesday, it added.

During the anti-drug campaign, police seized 4,253 pieces of yaba, 705 grams and 102 puria of heroin and 22.505 kg of cannabis and five litres of local liquor from them, according to the statement.

Police filed 25 cases against the arrestees in this connection with police stations concerned under the Narcotics Control Act.