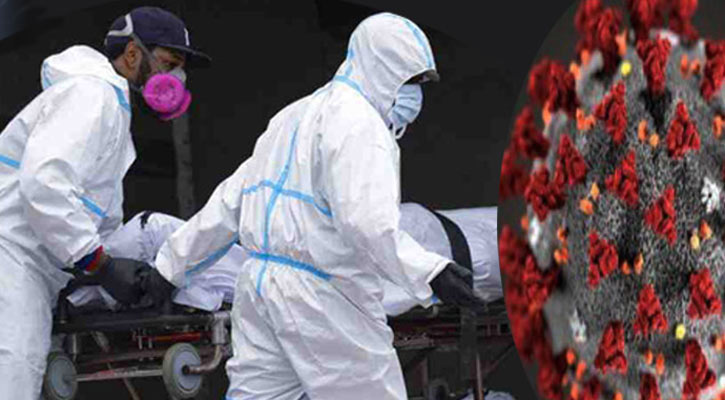 Believe it or not, the global Covid-19 caseload is fast nearing the grim milestone of 188 million.

The Covid-19 curve in the US is rising again after months of decline, with the number of new cases daily doubling over the past three weeks, driven by the fast-spreading Delta variant, lagging vaccination rates and Fourth of July gatherings, reports AP.

Confirmed infections climbed to an average of about 23,600 a day on Monday, up from 11,300 on June 23, according to Johns Hopkins data. And all but two states — Maine and South Dakota — reported that case numbers have gone up over the past two weeks.

Brazil registered 1,605 more Covid-19 deaths in the past 24 hours, raising its national death toll to 535,838, the health ministry said Tuesday.

The third worst-hit country, India's Covid-19 tally rose to 30,907,282 on Tuesday as 32,906 new cases were registered in 24 hours across the country, according to the federal health ministry's latest health data.

Struggling with the second wave of the pandemic, Bangladesh on Tuesday morning recorded 12,198 new Covid cases and 203 deaths in 24 hours.

The new numbers took the country’s death tally to 16,842 and the caseload to 10,47,155, according to the Directorate General of Health Services (DGHS).

The fresh cases were detected after testing 41,755 samples during the period, pushing up the case positivity rate to 29.21%.

The country saw a record number of 13,768 Covid cases on Monday and the highest-ever 230 deaths on Sunday.

So far, 889,167 people have recovered from the disease, taking the country’s recovery rate to 84.91%, which is on the decline compared to other indicators.

Of the latest deaths, 61 were reported in Dhaka, 53 in Khulna, 30 in Chattogram and 27 in Rajshahi. Besides, 15 people died in Rangpur, seven in Mymensingh and five each in Barishal and Sylhet divisions.

The government has decided to ease all lockdown restrictions in the country for eight days ahead of Eid ul Azha.

In a notification on Tuesday morning, the cabinet division said that the lockdown restrictions will be lifted from July 14 midnight to the morning of July 23.

However, strict restrictions will resume from July 23 and will continue till August 5, as per the order.

Earlier on Monday, it was reported that Bangladesh Railway is going to restore its passenger train services for eight days from July 15-22 across the country, keeping 50% of the seats empty apparently to facilitate the movement of people during the upcoming Eid-ul-Azha.

Public transport services and business institutions will also be allowed to function.

Eid-ul-Azha will be celebrated on July 21 amid the Delta variant of Covid-19 wreaking havoc across the country, shattering records every day.

A record rise in the number of Covid cases and fatalities in recent days prompted the government to enforce a nationwide stringent lockdown suspending all outdoor activities unless there is an emergency.