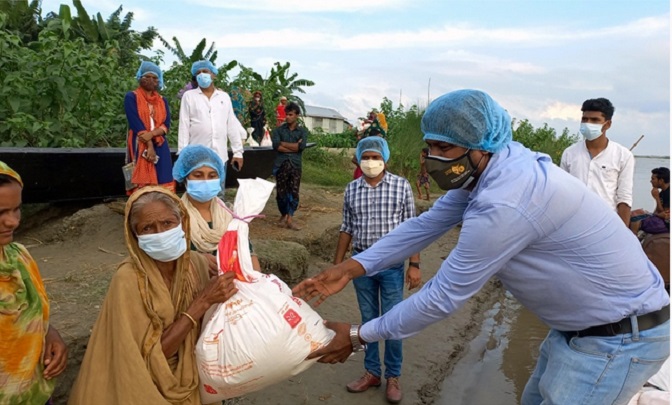 Bashundhara Group, the country’s largest business conglomerate, distributed relief items among helpless people at the chars at Fazalpur union in Fulchhari upazila under Gaibandha on Tuesday.

The Kaler Kantho, one of the reputed Bengali national dailies of Bashundhara Group, provided relief through its social organisation Shuvasangha.

Around 300 insolvent families of Coach Khali and Guptamoni chars received rice, dal, atta and other essential items from Shuvasangha.

The people at the chars are worst affected by overflowing of Brahmaputra. They claimed to have lost their last belongings due to river erosion and flood. They are suffering from shortage of food and money.