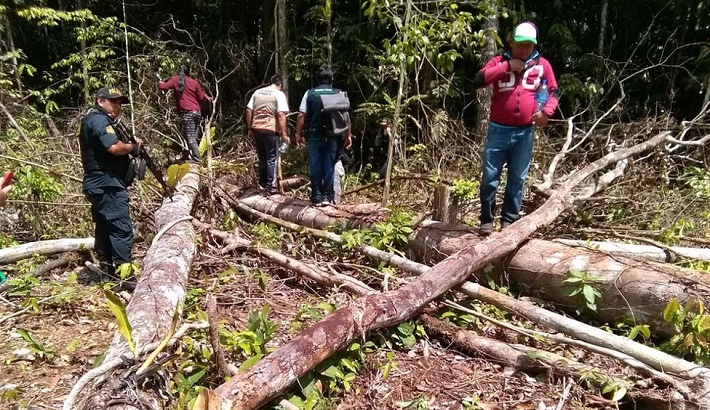 Technology can help indigenous communities to significantly curb deforestation, according to a new study.

Indigenous people living in the Peruvian Amazon were equipped by conservation groups with satellite data and smartphones.

They were able to reduce tree losses by half in the first year of the project.

Over one-third of the Amazon rainforest lies within the territory of approximately 3,344 acknowledged indigenous communities.

But for decades, these areas have been under attack from outsiders who are determined to cut down trees for a range of purposes including mining, logging and the planting of illicit crops like the coca plants used to manufacture cocaine.

Over the past 40 years, governments and environmentalists have invested heavily in the use of satellite technology to monitor the removal of trees.