Top US general in Afghanistan steps down 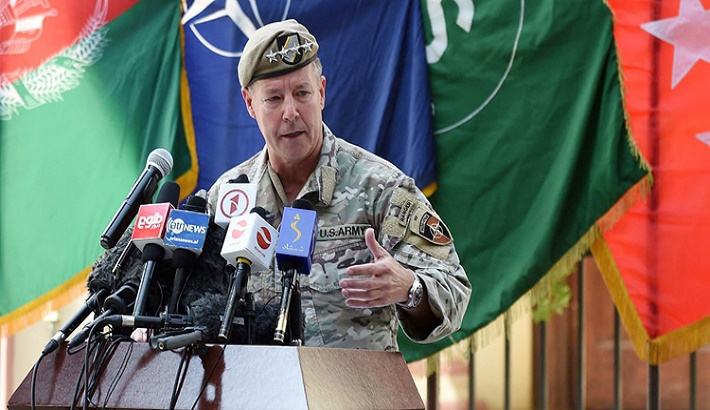 The top US and Nato general in Afghanistan has formally transferred control as the US-led military mission fast approaches its end after 20 years.

General Austin "Scott" Miller stepped down on Monday, days after President Joe Biden said that US military operations would cease by 31 August.

Other Nato countries, including the UK, have withdrawn nearly all military forces ahead of Biden's US deadline.

It comes as Taliban militants seize more territory throughout Afghanistan.

In a simple ceremony on Monday, Gen Miller handed over his duties to two US generals - one who will oversee US military action from Central Command headquarters in Florida, and one who will command the roughly 650 troops to remain after the official US withdrawal, BBC reported.

"It's important to me to say farewell," Gen Miller told the attendees, who included high ranking Afghan officials, in an emotional final address. "Our job is now not to forget."

Gen Miller was the longest serving officer to oversee Nato and US forces in Afghanistan, which he called "the highlight" of his career.