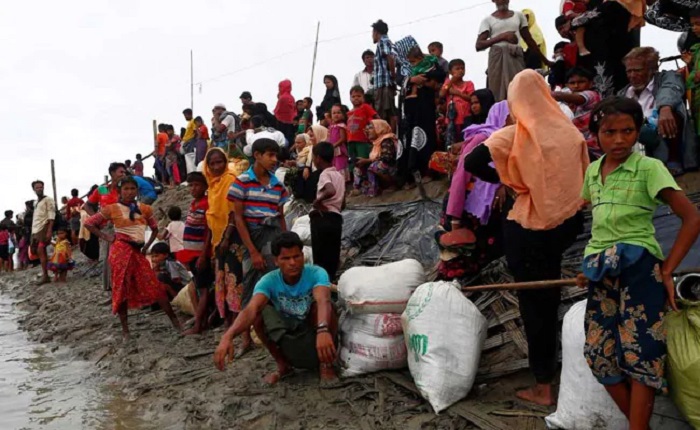 A resolution on the "Human Rights Situation of Rohingya Muslims and other Minorities in Myanmar" was unanimously adopted on Monday (July 12) at the ongoing 47th session of the Human Rights Council in Geneva.

Since the massive influx of Rohingyas from Myanmar into Bangladesh in August 2017, this is the first time that any resolution on the Rohingya was adopted in the UN without a vote, due to the intense diplomatic efforts made by the Permanent Missionof Bangladesh in Geneva.

Therefore, the adoption of the resolution by consensus is a big milestone for Bangladesh, said the Bangladesh Permanent Mission in Geneva.

Earlier, at the initiative of Bangladesh, all member states of the Organization of the Islamic Conference (OIC) presented the draft before the Council.

In the context of the existing political situation in Myanmar, there had been strong divergences and differences among the UN member states on various elements of the text from the outset. Finally, after tough and lengthy negotiations at several phases, the resolution was adopted by consensus by the Council on Monday (July 12).

During the adoption, Md. Mustafizur Rahman, Ambassador and Permanent Representative of Bangladesh to the United Nations Office at Geneva said Prime Minister Sheikh Hasina opened the borders of Bangladesh for the Rohingyas, the ill-fated victims of atrocities and heinous crimes, on humanitarian grounds.

However, he said it is regrettable that even in the last four years, repatriation of the forcibly displaced Rohingyas has not yet happened because ofthe continued non-cooperation and reluctance of Myanmar.

Ambassador Rahman also said that the issue of addressing the Rohingya crisis and the protection of the human rights of Rohingyas must remain high on the UN agenda.

The resolution praised Bangladesh for providing shelter to the displaced Rohingyas. It called on the international community to continue providing humanitarian assistance until they return to Myanmar.

The resolution also emphasized the need to bring those accused and responsible for all forms of torture, crimes against humanity and war crimes against Rohingyas, including sexual offenses, to justice under appropriate national, regional and international judicial mechanisms. In this spirit, the resolution acknowledges the ongoing criminal proceedings in the International Criminal Court and the International Court of Justice.

In addition, the resolution also reiterates the authority of the UN Security Council to determine what to do in such a situation.

The resolution requested the UN High Commissioner for Human Rights to submit a report to the Human Rights Council and the UN General Assembly on the progress made in implementing the recommendations of the Independent International Fact-Finding Mission on Myanmar.

It also called for a panel discussion in the Human Rights Council on "the root causes of human rights violations and abuses against Rohingya Muslims and other minorities in Myanmar."