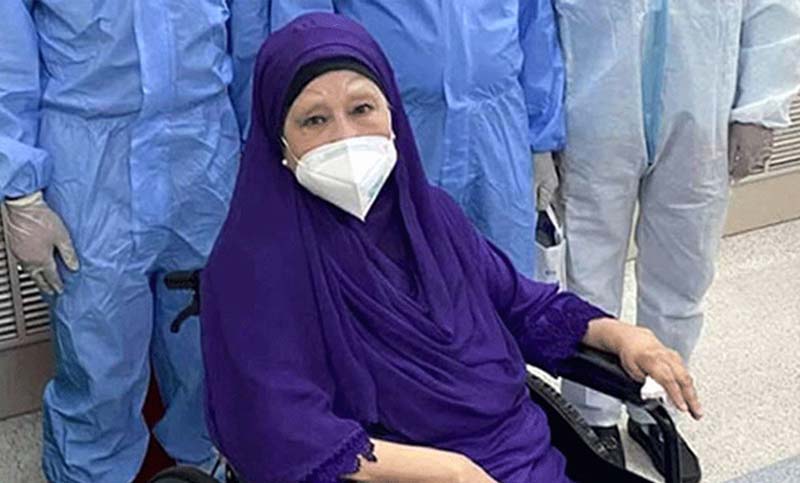 He said Khaleda Zia will receive the vaccine at Sheikh Russel National Gastroliver Institute & Hospital, after getting SMS from the vaccine centre.

The BNP chief has been staying at her residence ‘Firoza’ in Gulshan of the capital as she was released from jail under an executive order of the government.

Khaleda Zia tested positive for the virus on April 11. Later on, she was admitted to Evercare Hospital on April 27. The former premier tested negative for Covid-19 on May 8.

She stayed in the hospital for 54 days and returned home from the hospital on June 19. She is still under supervision of the physicians, party sources said.

The government released Khaleda from jail on March 25 last year, suspending her sentence .The suspension was later extended twice.